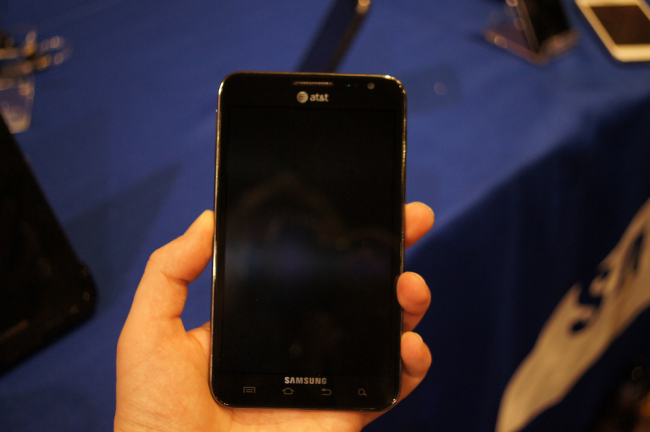 As we inch closer to Galaxy Note release day here in the U.S., we are starting to see some negative feedback over the size of it and its stylus accessory. CNET walked around New York City asking for quick responses from random people and most were not all that excited or interested. But first off, let me just say that none of these people had even heard of the device from what we can tell. So clearly, the Super Bowl ad that Samsung paid millions for, did almost nothing to help spread the word about their next-gen device.

Most of the respondees were not keen on the idea that the device could replace both their phone and tablet. They also tried to pocket the 5.3″ beast and came away torn – some were down as long as it fit, some were not excited about the added “bulge.”

There aren’t any public plans for Verizon customers to get this phone other than one random report that if we do, it will be called the Galaxy Journal, but that doesn’t mean bigger phones won’t come from other OEMs. We are already starting to see massive phones like the Spectrum with its 4.5″ screen and the HTC Endeavor with its 4.7″ screen. The Galaxy Note does not appear to be the only device that will have a larger than life personality. But when is big, too big? Is the Note pushing the limits? Some of you are thrilled with the idea of having this much screen real estate while others would rather companies hang around the 4.3″ range.

And on a related note, what’s with the stylus? Is it because the phone has a big screen that Samsung feels the need to re-introduce the stylus into our world? I have an HTC Flyer and bought the Stylus, only I’m struggling to find any real use for it. I can type faster using the on-screen keyboard that I can physically write out some chicken scratch. Is it an artist thing? Or am I missing the point here?

So tell us:  has Samsung completely missed the mark with the Galaxy Note and its stylus?