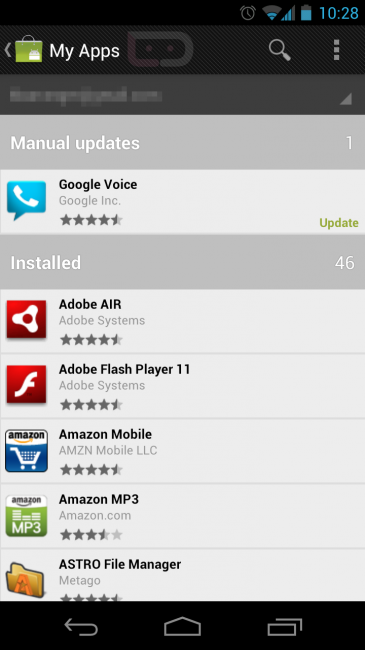 On the heels of the release of Google Chrome for Android, it appears as if Google Voice is also about to get a bump. The market won’t let you actually update the app just yet, but we can see that a new icon will at least be introduced. Will keep an eye on it.

Update:  If your market will not allow you to update, try this trick from reader fallingd0wn:

Pull up Google Voice in the web market on a PC.  It will show installed already on your phone, but click “Install” anyway.  You’ll get the updated version.

Update 2:  We have comparison shots of the new UI along with a feature for tablets called “Click-to-Call.”