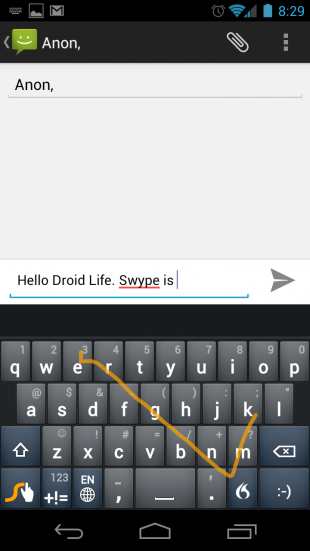 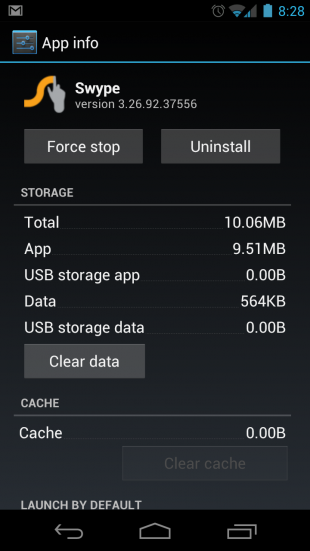 Been waiting and hoping that Swype would finally deliver the goods for all of us Galaxy Nexus owners?  Wait no more.  The folks at Swype initially reported that due to a change in the way screen resolution is reported in Ice Cream Sandwich, that a version of its popular software may not be available anytime soon for 4.0+ devices.  Well, what I guess they chose not to realize is that there are many people out there who spend their time tinkering with these apps in the hopes that they can get them working as we see fit.

A modder named theb1rdm4n over at XDA has reconstructed the newest Swype apk to work beautifully on the G-Nex’s huge display.  Sure, the BlindType-esque keyboard is nice, but to some people there is no replacement for Swype.  While we wait for Swype to officially fix the issues they discovered after already launching their newest version, we can relax knowing the hardworking underground developers are here to make sure our devices work as we intended.  Download and install as you would any 3rd party app.  Enjoy.

Update: The developer of this mod came forward in our comments section.  His name is theb1rdm4n over at XDA and we would like to thank him for the contribution to the community.  Keep it up.