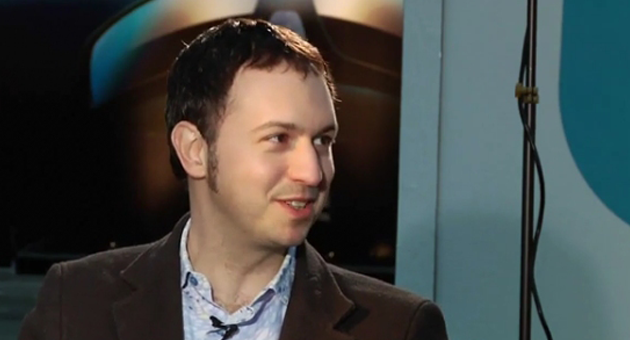 The man behind Honeycomb and Ice Cream Sandwich, Matias Duarte recently took place in a Google+ Hangout hosted by The Daily Beast. During the conversation Mr. Duarte focused on Ice Cream Sandwich and the future of the mobile operating system. The latest version of Android is incredibly polished and when compared to previous versions it is simply stunning. Unfortunately, manufacturers won’t think twice about putting custom skins on their devices and changing a user’s experience.

We have already seen early builds of these skins from Sony and Samsung, both of which bring little of the Ice Cream Sandwich joy to light. You would think the big man himself would be disappoint with the concept of OEM skins, however he isn’t. Mr. Duarte embraces the skins, even claiming that himself and the rest of the Android team have learned from them. Additionally, he mention that without the Nexus program he would be more bothered by the idea of OEM customization.

Well, it would bother me more if we didn’t have programs like the Nexus program. The idea behind the Nexus device is to do exactly that – to give consumers an option to use the baseline work that we do if they choose…the philosophy of Android, the idea that partners can customize Android if they want to, is really important to making Android successful.

I think as we see more and more of the basic UI, the basic operating system – the home screen, the notifications system – kind of meet all of the needs that the customers want, you’ll see that OEM’s invest less time trying to fill in the features maybe that were missing there and more time adding completely new features to differentiate each other. Or taking the baseline Android experience and trying to transform it to create something completely different that is more of a niche product like the Kindle Fire.

And I think that’s good; I’m excited for that future. i hope that with Ice Cream Sandwich, we’ve done a lot to deliver that baseline so that OEM’s are going to feel less like they need to fill in the holes that Android left behind and actually focus on adding value…I think with the new Asus Transformer [Prime], you’ll see that the level of customization they’ve provided on top of the base Android is much less than has been provided in the past. In fact, they even allow you to turn off all of their customizations and revert to the stock Honeycomb UI, which I think is a really cool development, too.

Lastly,  the dreaded F-word was discussed – fragmentation. As both critics and fans have pointed out, fragmentation is a major problem in the world of Android. Duarte explained that fragmentation is the “price you pay” with open-sourcing a project like Android. Manufactures can decide which version of software to run on their devices, however Google has worked with OEMs, pledging to continue to update their devices for an 18-month time period. Additionally, the OEM’s software version will be kept closer to current builds released by Google.

The idea of being able to shut off skins is something Android fans have been pleading for. Whether you are a developer or just a user looking for the pure Android experience, you shouldn’t be required to flash a custom ROM to do so. Being able to shut off the small tweaks provided from ASUS on the Transformer Prime and revert to the stock UI is a concept that should be followed by others.