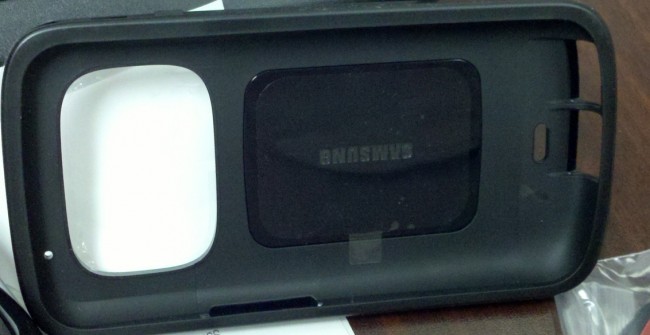 When the entire Galaxy Nexus accessory lineup was unveiled in a series of videos a couple of weeks back, the Android world was abuzz over the car dock which had a 3-pin connector and charging ports that were mounted in the base attachment. This would allow for you to dock your device, charge it, use an AUX cable to get audio in your car stereo, and also not have cords dangling out the back like most other car docks force you into. It was a beautiful design.

As the device went on sale yesterday, many of you were extremely interested in picking this accessory up as one that Verizon had plenty of. Some of you picked it up and quickly realized this was not the same dock that we saw featured on video and was essentially a $40 piece of plastic. There were no pin connectors and the back end has been opened up so that your AUX cable and mico USB charging can be inserted through there rather than the base piece. So you aren’t getting the full pin charging experiencing, but you also have to drag  your cords up and out of the side of the mount, making your dashboard look like Lindsay Lohan’s life – a mess.

It’s tough to tell if we will ever see the nice version of the car dock here in the states, but places like Amazon UK and Expansys are doing their best to get them. You may be waiting a few weeks though.