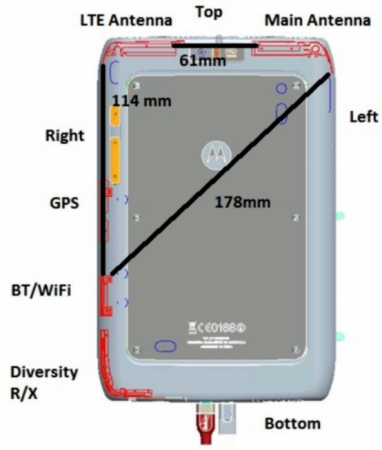 With DROID XYBoard accessories already making their way to Verizon outlets, then it only makes sense that we start seeing its smaller 8.2″ twin brother pop through the FCC.  From the information that has been released by Motorola, the Media Edition is exactly what you will find with the larger XYBoard but in a more portable and condensed package.  The tablet will have both front and back cameras, 1GB of RAM, and a beastly 1.2GHz dual-core processor.  According to these new FCC diagrams, on-board is Verizon’s 4G LTE which will now make this tablet even more desirable for people looking to have a smaller tablet with 4G LTE speeds anywhere they go.