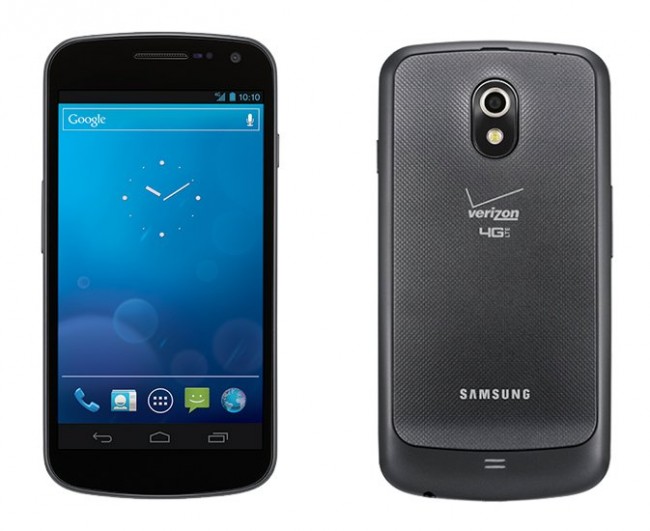 What, did you think we were trying to forget about the Galaxy Nexus on Verizon? We have definitely seen the Twitter war going on after last night’s vague tweet from @VZWsupport, but are trying to ignore it. To help make your day brighter though, how would you like to see the official press or website photos of the phone, straight from a VZW .xml file?

The backing of the phone matches up exactly to the photo that one of our sources sent us earlier in the week. It says “Verizon” and “4G LTE” instead of “Google” which yes, is crazy odd. The color scheme could be slightly darker than the GSM version, but it still looks hot.

Three more pictures after the break.