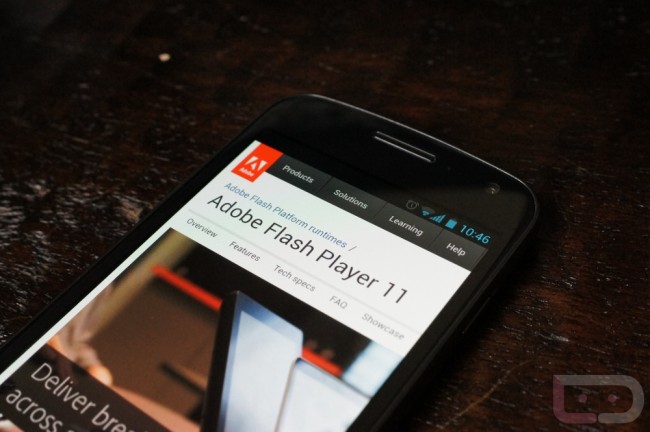 The Samsung Galaxy Nexus may not support Adobe Flash 11 or AIR yet, but it will at some point in December according to the latest blog post from the Flash team. We were informed a week ago that they would bring support by the end of the year to Flash, so this matches up to that report while also tossing in an Adobe AIR mention. After both of these apps are updated though, don’t expect to see many more. With development halted on mobile platforms, we’ll have to look to community developers to make versions available to newer devices.