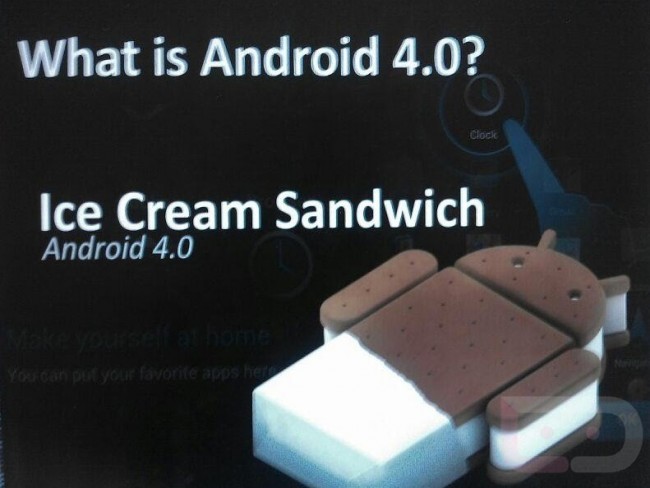 We tossed out a story just a few hours ago showing that Verizon’s training for the Samsung Galaxy Nexus had started and wanted to show you further proof that just landed in our inbox. The training to our knowledge, doesn’t include a release date and is mostly just an overview of Ice Cream Sandwich and G-Nex features that we all saw during last month’s shenanigans. So nothing spectacular in there, but VZW is indeed getting their employees ready for the launch that we have all been trying so hard to remain patient for.

After the break though, we have one more training slide, and then we’ll dive into some interesting notes from this contest that Google just launched. Potential price and release date? Yessir.

Ok, with that out of the way, let’s talk potential price first. You see in the “Prizes” section of the contest rules that we pulled below – that ARV of $500? That’s a number we are finding to be fascinating. Most of the time when companies hold these contests, we get the exact full retail value listed there, so this should get you incredibly excited. Remember the contest for the Bionic that listed $589.99 as the ARV? That is still the actual retail price of that phone to this day. Could Verizon and Google decide to up that to the $649 price that the RAZR, iPhone and Rezound are at when it is finally released? It certainly seems like they will have to, but one can hope we stay that low. And what if Google decides they just want to undercut the heck out of anyone and only offer the phone off-contract at $500? Sign everyone up?

What about a release date? As Dan mentioned in the contest post, the giveaway of the G-Nex ends on November 21. Where have we seen that date before? Well, we brought that date to you in the most recent Verizon roadmap that showed the phone as landing on that day via the “web only.” Seems fitting that the contest would end on the day that the phone is released, doesn’t it? Most of these contests do.

Now, that was a lot of hypebeasting for sure, but these contests have proven to be reliable resources enough times in the past that we shouldn’t completely look beyond everything that we just pointed out. Remember that this is all speculation and nothing is official until Big Red makes it official. It almost sounds too good to be true – crossing fingers for the next week and a half is recommended.