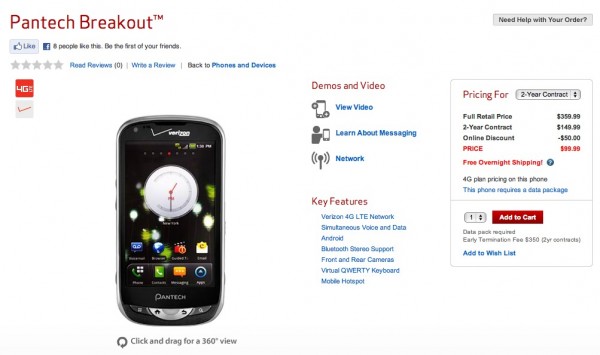 For those in the market for a new phone with 4G LTE, but aren’t interested in paying the $299 price tag that accompanies the DROID Bionic, then look no further than the Pantech Breakout.  As Verizon’s least expensive 4G LTE phone at just $99 on contract, you actually get a pretty decent set of specs in a small package.  In fact, the specs match up closely to some of Big Red’s initial 4G LTE releases with its 1GHz single-core, and betters almost all of them with the fact that it runs Android 2.3.  It has dual-cameras, a bunch of fancy wallpapers (download here), and can be had today.