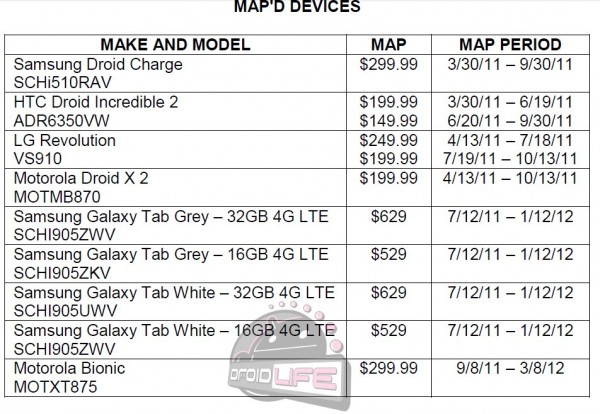 The DROID Bionic just hit Verizon’s MAP (minimum advertised price) list and is looking poised for a $299 on 2-year contract price along with a second confirmation that September 8 should be the day that it finally lands in stores.  We’re not surprised at all by this number after seeing the Charge launch with just a single-core processor at the same price point, but are still wondering if anything over $249 is too high?  It should still sell like hot cakes even at that number as one of the most anticipated devices in quite some time.

Update: We just got word that the full retail will likely be $589.99.  Definitely not $587.00 as was rumored somewhere yesterday.  Unless of course Verizon planned on changing the $XX9.99 pricing scheme that they have followed for their entire existence just for this phone.

Let us know your thoughts!