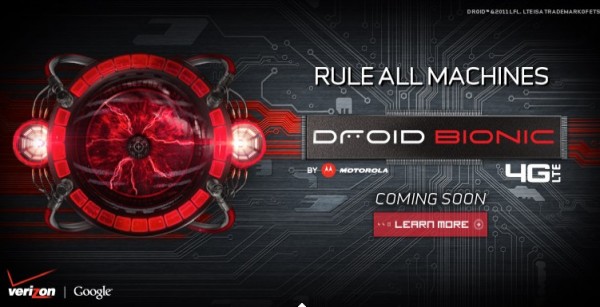 The ruling of the machines is about to begin, according to Verizon’s front page which now features the teaser you are seeing above..  The DROID Bionic is expected to hit stores on September 8th at the on-contract price of $299 or off for $589 and finally bring an end to the waiting.  It’s funny actually, that was the very same slogan they used back in January when they first introduced the device, “The End of Waiting.”  Here we are almost 9 months later…

And we are just guessing here based on past info, but if you look back at Verizon’s track record for phone releases over the last couple of months, it wouldn’t surprise us to see a pre-order period starting around September 1 (week before the 8th).  If that does indeed happen, we are only two weeks out from a flood of orders going down.  That thought has to get you a little excited, right?  Maybe?