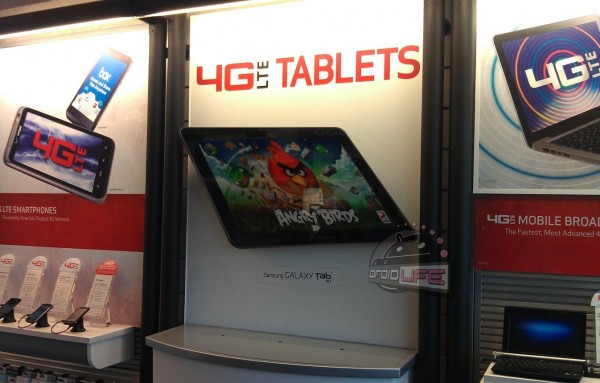 We definitely know that the Samsung Galaxy Tab 10.1 with 4G LTE is on the way since Verizon announced it all the way back at the beginning of June, but we still have no idea when it’ll arrive in stores.  There was a missed pre-order period, followed by a second unannounced one that left customers with an estimated 4-6 weeks shipping date as sort of gauge for a release date.  Well folks, it looks like we might be looking at this Thursday.

Verizon stores across the nation are starting to receive the giant Galaxy Tab 10.1 posters that you are seeing above, to put up in preparation for its release.  It would seem a little odd for Big Red to go through all of this preparation without having something on the horizon.  Would they really allow a blank display like this to sit in the middle of almost all of their stores without expecting the device to arrive in just a couple of days?  I would certainly hope not.