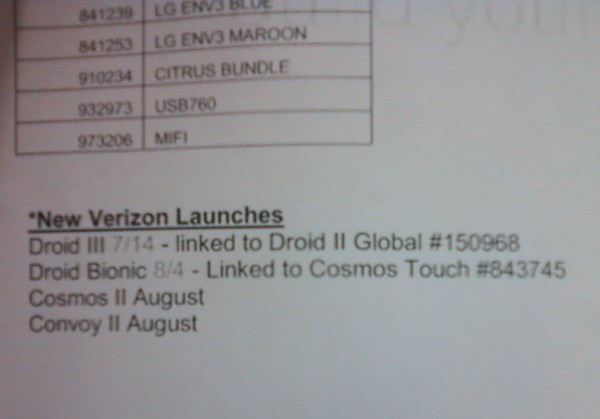 This screenshot isn’t new by any means – in fact, we saw it back on July 5.  But we wanted to show it again though, because it’s been floating around both Walmart and Sam’s Club stores for a full 2 weeks now which could be a sign that the DROID Bionic actually is targeted for an August 4 release.

These two stores have been fairly spot on in the past when they have produced early release dates, so we’ll try our hardest to semi-ignore the fact that someone told us over the weekend that this date is about a month off.  We’ve heard all along that it would be here in the summer, and this date certainly fits that time frame.  Let’s just say that I’ll be pretty surprised if it indeed does launch on August 4 – both gut and chatter behind the scenes are telling another story.  Would definitely love to be wrong on this one though.

We’ll be digging for more…