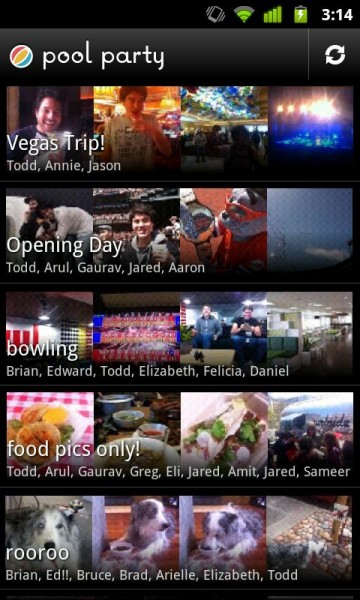 Update:  Our 5 winners have been picked – invites sent!

Pool Party is this semi-secret group photo sharing service for Android that is sort of like Google+ in that users can only join if they are invited by someone who is already in the program.  It also functions in a similar way in that it allows you to choose select groups (Pools) of people to share specific items (photos) with – sort of like G+’s Circles.  It hasn’t received nearly the publicity that G+ has, but we’re going to do our best to change that since we’re already becoming big fans of it.

And how do we plan to do that?  By giving away 5 invites to the fantastic readers of this blog.  All you have to do is fill in the blanks to this sentence:

We’ll close this mini-contest down at 11AM PDT and pick 5 winners!