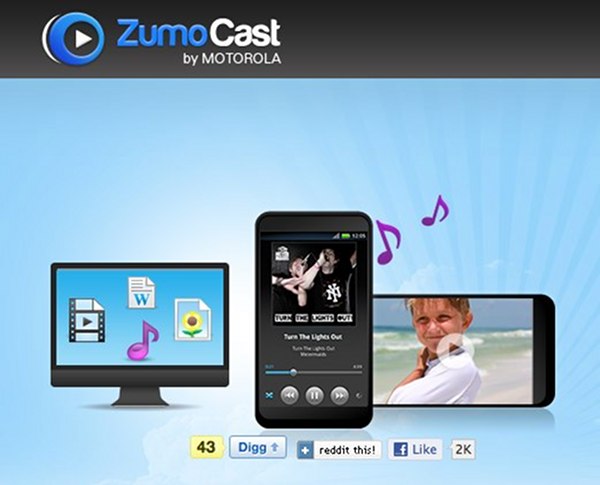 Motorola Mobility acquired ZumoCast, a cloud streaming system of sorts, back in December of last year in order to boost their MotoBlur product.  We had yet to see this service implemented into any of their devices – well, until now.  The DROID3 which just came out today, will have a ZumoCast app pre-installed that will give owners access to file streaming from their personal computers whether they are on 3G or WiFi.  The cool thing about this service is that instead of uploading anything (to say DropBox or Amazon), users can now access all the files they already have on their computers, directly to their D3.

We’re definitely excited to get our hands on this new software, especially after seeing how uploading our entire music library to Google Music Beta took a few solid hours. We wouldn’t want to imagine having to upload movies too. So is this something that could beat Google and Amazon? No need for uploading, just stream right from your computer at home.