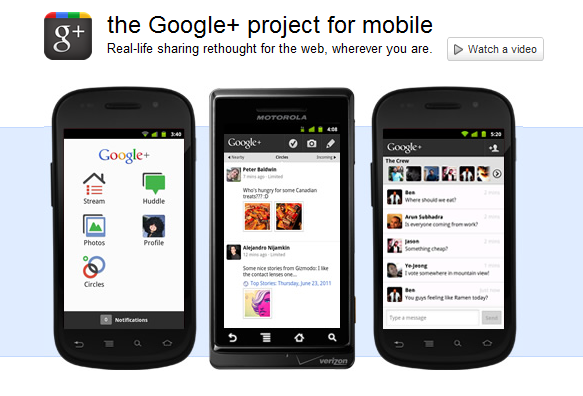 That phone in the middle sure looks pretty with Gingerbread (Android 2.3) on it, doesn’t it?  Unfortunately it’s just a Photoshop job and something that will more than likely never happen officially to our favorite device of all time.  It’s too bad really, but the specs just aren’t there to get the OG up to the current version of Android…err wait?  That’s not true at all – our buddy Peter Alfonso seems to be pumping out some incredibly stable Gingerbread ROMs still to this day.  In fact, he just released a brand new series of kernels that you should all check out.

So while it was a nice touch by the Google+ team to include the original DROID on their site with 2.3, it’s really just a reminder that this device will no longer be receiving official support, and that’s damn sad.  At the same time though, it gave us another reason to talk about the device that singlehandedly propelled Android into the houses of millions of Americans.