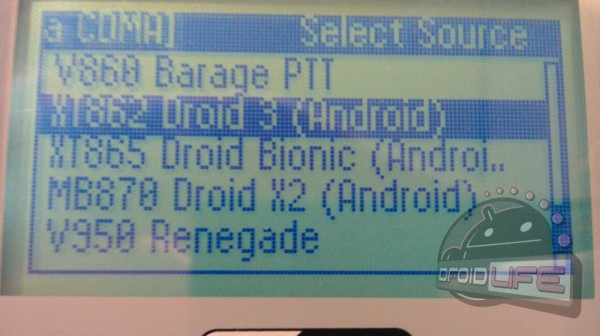 We see devices come and go all the time in Cellebrite systems (those phone data transfer thingies), but when two new DROIDs pop up in it, it’s worth a quick mention even if one of the devices was cancelled months ago.  That’s right, you are seeing the words “Droid Bionic” above, but the key here is the model number of XT865 which is the old version that will likely never see the light of day.  The new version of the phone leaked out in a series of pictures yesterday as model XT875, so we know this Cellebrite system simply has ancient info in it.  Sorry if this got your hopes up, but we’re still looking more towards August for the actual release.

On the flip side of things though, we are seeing the DROID3 which is rumored to be arriving in stores some time around the end of June or first week in July.  While it may be tough to take this appearance as meaning an impending release is upon us, it is nice to see it floating around additional Verizon systems.