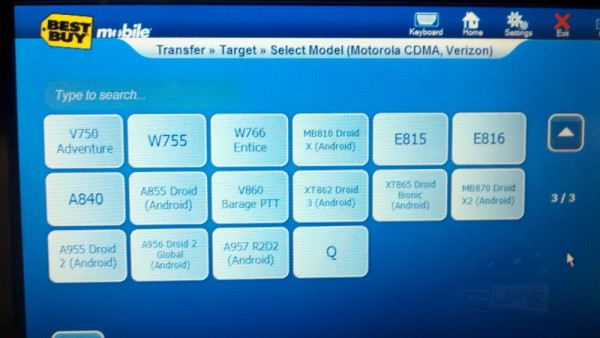 Best Buy cellebrite systems have updated and now include the DROID3 (XT862) and DROIDX2 (MB870), leading us to believe that we’re a matter of weeks away from a release of at least one of these phones.  The current rumor-wire has the DX2 launching some time in May, but the D3 has always been thought of as a summer release.  Maybe with the DROID Bionic now delayed until the summer, Motorola has moved up the D3 launch to fill a void?

If you want an early look at the DROID3, then check out this post which features parts of the upcoming device and confirms a new 4″ screen and a front-facing camera.  I’m doubting that the D3 will be LTE, but the new screensize and re-styling sure has people around these parts talking.  And with that front-facing camera included, something the DROIDX2 is lacking, could this be the next big DROID until we see the new Bionic?