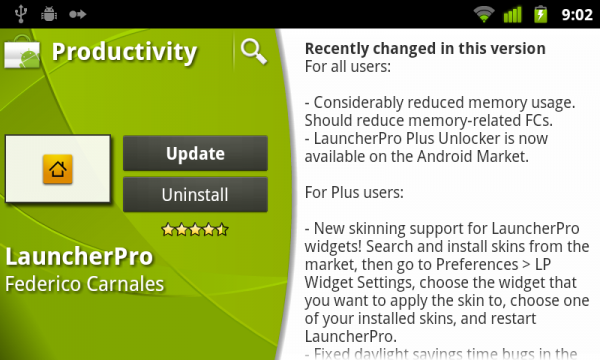 The beta version for LauncherPro with skinning support was released at the end of the last week, so many of you have already had a chance to enjoy some of the early released skins.  It’s time to check your My Apps page in the Market though, because the official version just went live.  Gotta stay up-to-date, right?  I should point out that other than this new skinning support, Fede also reduced the memory usage of LP in hopes of cutting out those random force closes.