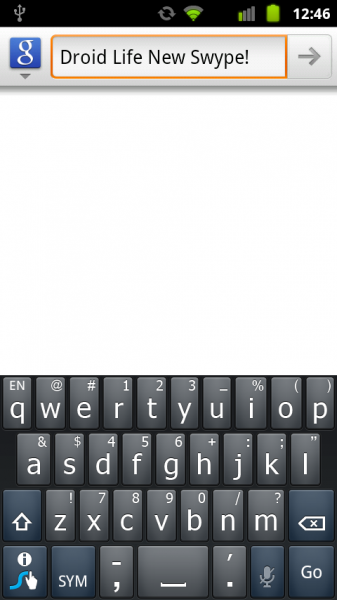 A big ol’ Swype Beta update has been released.  What’s in store?  Nothing that you’ll notice from afar, but they did toss in a whole bunch of performance enhancements and fix a boatload of bugs.  They also added support for a variety of new screen types like the qHD you’ll find on the Atrix and BIONIC.  Other than that, your overall experience will be the winner here.

All of the new dirty details are below.