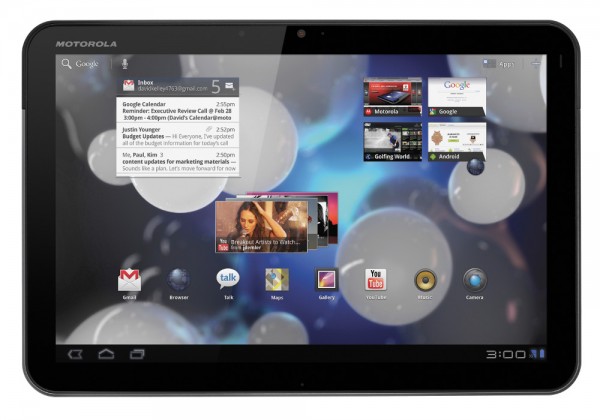 For the most part, we try to avoid rumors that don’t come packed with photo proof, but since we get asked about the wifi-only version of the Motorola XOOM on an hourly basis, we wanted to share the latest info to hit our inbox.  After news came out that the wifi-version would be hitting European stores in the first week of April, our friends over at Sam’s Club let us know that we could also see it stateside and in their stores for the more-than-acceptable price of $539.  We speculated that it could arrive alongside Europe’s, and that may actually be the case if the tip we received over the weekend comes true.

According to our friends at Staples, the wifi-version of the XOOM should be making an appearance in their April 3rd ad for the first time.  No price was revealed at this time, but we do know that their employees are being informed of the release through online training guides.  I know it’s not much to go on, but I also know how interested you all are in this less expensive, non-3G edition of the first Honeycomb tablet.

Update:  We just received a second verbal confirmation, plus a screenshot showing that training for the device begins on March 23.

Stay close to this post as we dig for additional info…