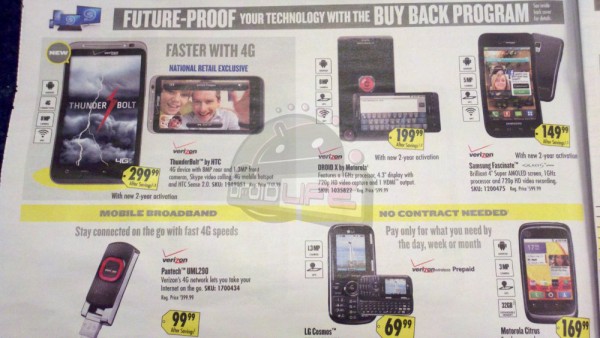 Hopefully you weren’t too locked on to the $249 2-year contract price tag that Best Buy was advertising last week for the HTC Thunderbolt because this week they’ve jumped it up a notch to $299.  That would be the same $299 from the Buyer’s Guide that we first reported on last weekend and a number I’m sure many of you are not excited about.

And now that we know the TBolt is again in this week’s BBY ad, we’re putting more thought into that March 3rd date rather than the oddly spammed March 10th one that was spread around to every tech site on the planet last night.  Something seems too fishy about that one, but hey, who really knows at this point, right?  Buddha.