Just before Google’s Honeycomb event kicked off, LG and T-Mobile made sure that world knew about their upcoming tablet release known as the G-Slate.  Their goal was to remind everyone that even though the Android team decided to develop 3.0 on the XOOM, that we shouldn’t forget about the rest of the competitors that will likely make their way onto the market within the first half of 2011.

The LG G-Slate is easily comparable to the XOOM and some would say that it edges it with the fact that it can record 1080p 3D video and then let you watch it.  The screen size may be slightly smaller, but the rest of the known specs all match up perfectly.  We’ll be interested to see how much RAM makes the final build and also if it will allow for additional storage, but so far, this looks like another winner.

No idea on pricing, but it’s definitely headed to T-Mobile’s “4G” network. 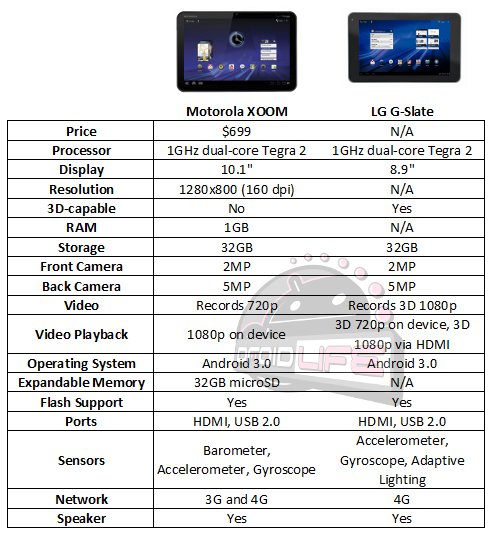