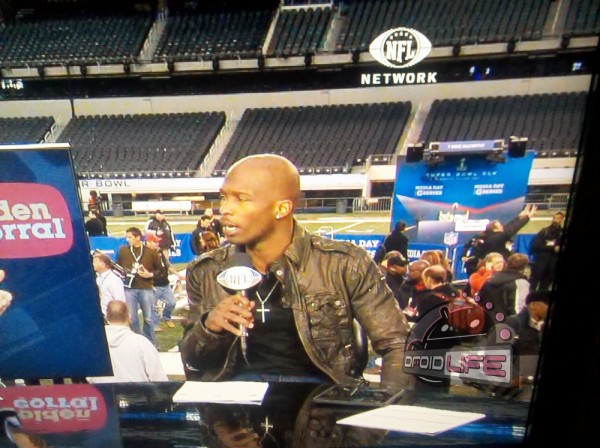 Chad Ochocinco is running around like crazy at the Super Bowl right now promoting his Ochocinco News Network, and just so happened to pop up on the NFL Network with his Motorola XOOM.  As far as I know, he didn’t show it off or anything, but he did have it sitting by his side during his entire segment.  And I’m sure this isn’t the last time we’ll see the device over the next few days.

One more close up after the break.

Update:  Both Chad and Gerald McCoy jumped on air and brought their XOOMs with them.  McCoy was actually rocking a shirt that said “OCNN: Powered by Motorola XOOM” which was pretty cool.  Picture of it below.  Video of each segment:  Chad | Gerald (Cheers ckeegan!)