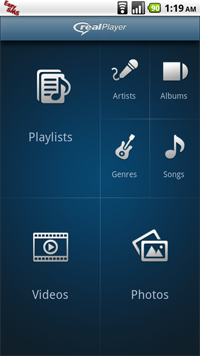 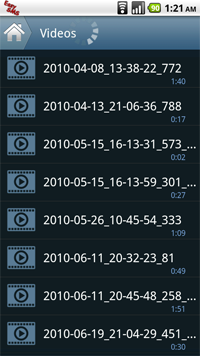 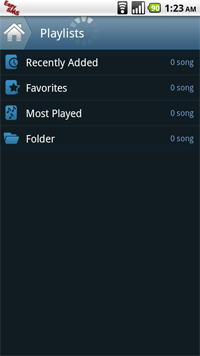 If you’ve been using computers awhile, you can probably remember RealAudio Player, an early audio player that had the capability to stream over the Internet. The original program came out in 1995, with a later version bundled with Microsoft’s Windows 98 operating system. Many a fond memory were spent trying to delete it from my system because I would rather use Winamp which didn’t have pop-ups.

So, ironically, 2011 rolls around and RealNetworks Inc., RealAudio (Now RealPlayer) have released an Android app that is looking to make its mark in the media player market. I was sent a nice e-mail proclaiming that the beta of the app “received more than one thousand pieces of feedback from users, both positive and constructive,” and that the newest update would be “based entirely on user feedback.”

This got me curious. I mean, if enough people say something’s crap, maybe it will get fixed, right?

At this point in the review I’m going to stop cracking jokes at RealPlayer. While they’ve made some stinkers in the past, I’m going to give them credit where credit is due: their app is not horrible.

I would even go so far to say it is good: not amazing, and not likely to unseat Winamp as the media player du jour. However, its simplicity does have an appeal: as a guy who doesn’t use his Android phone as a media player that often, RealPlayer seems to be a bit of step up from the default apps. Within it, you’ve got a music and video player along with an added photo viewer; all are very basic and rudimentary. They do their jobs well, as they should.

However, it offers a little bit more than the stock apps in the sense that you can use the folder browser to determine which folders to keep scanned: again, seems like a no-brainer, but it’s much less of a hassle to fine-tune what media you want showing up. Strangely, as evidenced by my screenshots above, the scanning animation never seems to stop.

The app, while still in beta, looks like they’ve actually cranked some money into it. The interface looks slick and doesn’t have the familiar pitfalls like jagged edges on buttons or a general lack of polish. That’s what endears it to me: I don’t think I’d use RealPlayer myself, but the fact that they’re taken feedback into account and not just shoveled something out the door both gives this app a pass. I’d suggest it to someone who doesn’t want or need Internet radio, library syncing or any of the Winamp fanciness; however, if you’re tech-savvy enough to be using your phone as your primary media player, that someone probably isn’t you. Matt Demers is Droid Life’s app guy, and isn’t afraid to crank up some Beastie Boys from time to time. You can reach him through his Twitter, or his Droid Life e-mail.