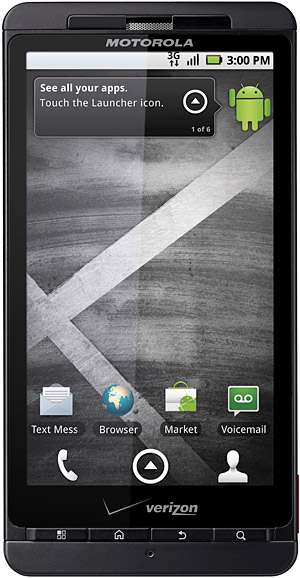 After months of attempts from some of the industry’s best, the DROID X bootloader and stock kernel remain in tact.  While there are ways to tip-toe around it, we have never actually had full access to the phone and have always approached ROMs on the device with extra caution.  Today though, it looks like a new challenger has accepted the task and claims to have made some actual progress using kexec in an attempt write over the stock DX kernel.  What is kexec?  With my lack of linux knowledge, I’m not about to attack that one, but do know that it’s a way for someone to boot a new kernel over a currently running one.

Will it finally be done?  I have no idea, but I wish this brave soul the best of luck.

You can also check his new site dedicated to the task, plus look for mirrors of his first attempt later on today.  From what I’ve gathered, his first attempts at flashing a new kernel were semi-successful, but are completely unstable and needs help from the community to make this thing work.