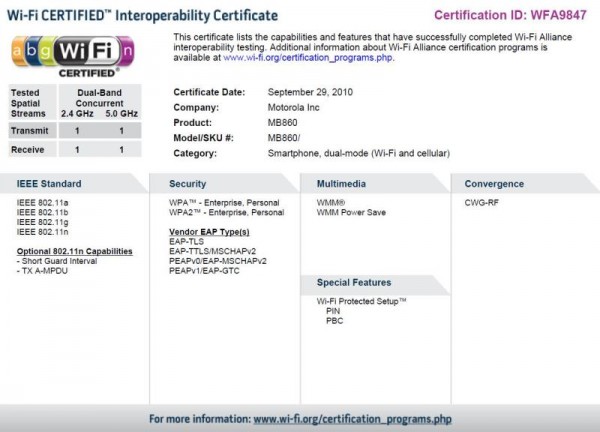 The Motorola MB860 which is rumored to be the Olympus and another of Moto’s tablets just received its wi-fi certification.  Or better yet, is this the mysterious Tegra 2 phone?  We’ve heard the name mentioned maybe once or twice before and basically know nothing about it, but that its model number doesn’t match the Stringray MZ600 we found a few months back.  The certification above lists it as a “smartphone” meaning this could be the first appearance of the game changing device we expect to be revealed at CES.

How does Olympus sound as a name?  And check out the must-have specs everything has put together at this post.