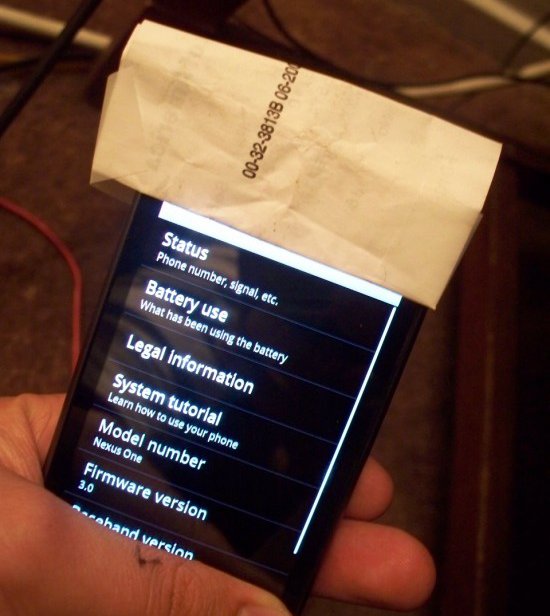 The guys at Phandroid have received a picture of a Nexus One displaying a test version of Android 3.0 (Gingerbread) that is guaranteed to bring out the “Photoshopped!”, “So fake! Look at that notification bar!”, and “Build.prop hacked!” guys.  While we should all be skeptical about the reality of 3.0 in the wild this early, why not just accept it as a rumor and have some fun with it?

We should also point out that Droid Dog has found some Linpack test results showing a few different versions of Gingerbread including 3.0, 3.1 and 3.2.  Interesting enough.

And this news obviously prompted us to head to our own analytics which have in the past brought out some fun gems and were hoping to find Android 3.0, but instead found an Android 5.0?  Huh?

We also found a unicorn tucked deep inside our “visitor loyalty” section.