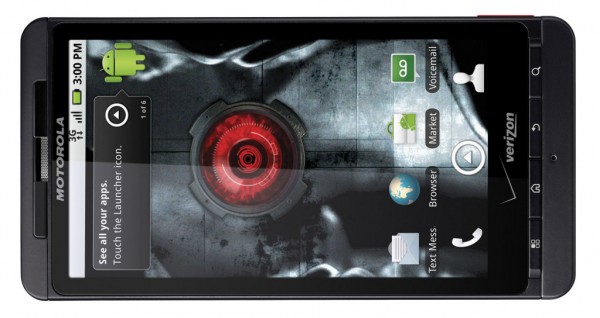 There has been a lot of behind the scenes chatter over the past few weeks on whether or not the new Droid X would come with a similar signed/locked/encrypted/sucky bootloader that has frustrated the Motorola Milestone crowd for a good 7 months now.  The answer?  It appears to be bad news.

One of our favorite Droid developers (same one that put together our clean FRF84b ROM), Stephen Bird (aka birdman), has had a chance to dig into the DX and is confirming that this beast is indeed on lockdown.

So what does that mean?  There is still a good chance that root access will be gained, but custom ROMs will be a whole other challenge.  Milestone developers have been attacking this encrypted bootloader for so long now and with so little success that it’s tough for our hopes to be set all that high.  At the same time, that’s 7 months worth of research done that can now be used by the U.S. crew of devs.  (Trying to stay positive here.)

Thoughts on the DX now?  Still interested in buying it?