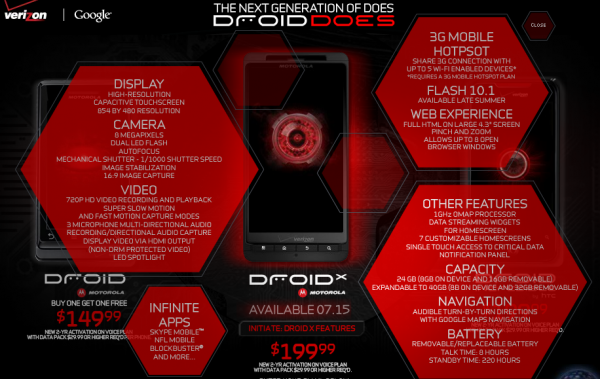 Verizon announced today that July 15th would be the official launch day of the new Droid X.  We knew there was a range for the release which could have been anywhere from the 15th through the 19th and it appears as if Verizon jumped it up to the front end.

So with this announcement, we get some amazing news.  Verizon will allow anyone who has an upgrade option during 2010 to upgrade immediately.  That’s right, if your contract is up in December, you can sneak into a Verizon Wireless store and grab one of these beasts on July 15th.

Oh, and as you’ll see from the pic above, their site has been updated again to include some fantastic new details.