Back in April we hinted at 2 mysterious Motorola devices that were set to launch this summer with one being the Motorola Shadow and the other being the newest version of the Motorola Droid aka the Droid 2.  While we were pretty adamant that these were in fact 2 different devices, the rest of the world seemed poised to group them in together as one.

To help disprove that thought, here are 2 tweets from @Androidevicespy who seems to have captured both the Shadow and Droid 2.  Both CDMA and both headed to Verizon. 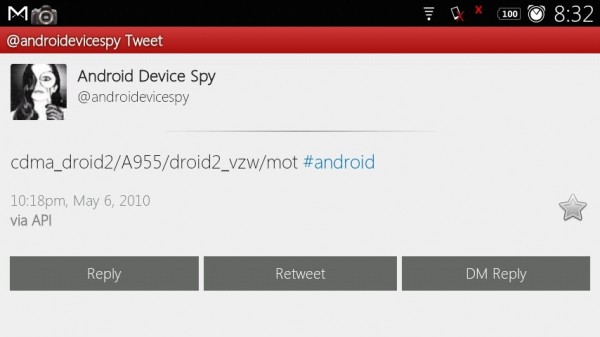 Steps closer to the next Droid family member!

Update: It looks like the Droid 2 passed its wifi certification…