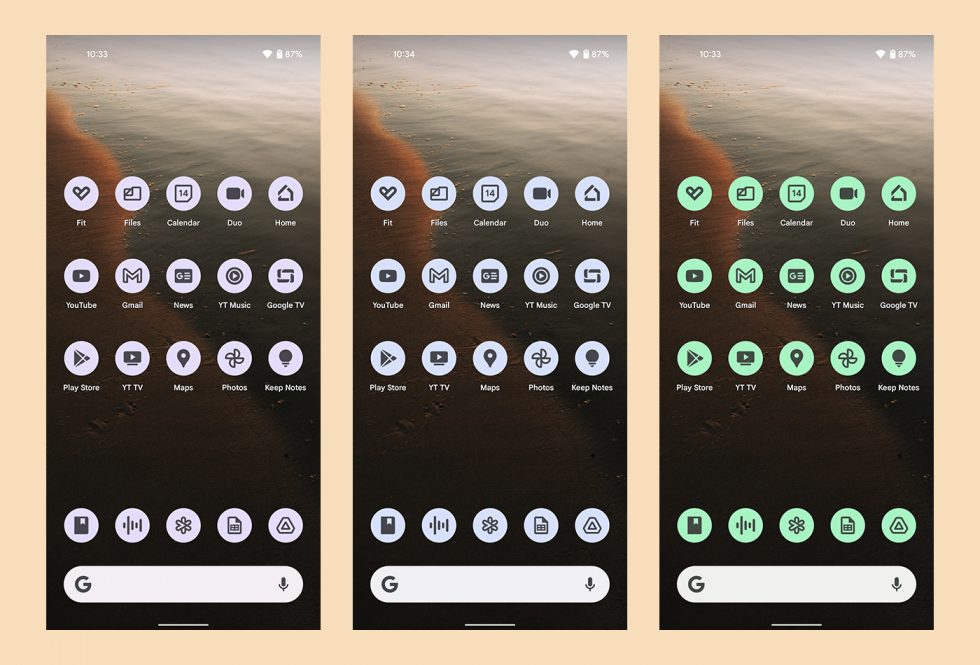 You want to know what grinds my gears? When app developers don’t take advantage of the sweet features available to them in Android 13. Case in point? There’s an option for applying themed icons to match your Material You aesthetic in Android 13, but it’s up to the developer to supply the icon. Obviously, that can create an issue, as you could come across an unsupported app that you still use or a developer simply doesn’t care to include it. All I know is, when you have just a few apps that don’t have a monochromatic icon to go along with the rest of them, it’s a super buzzkill. I’m looking at you, Facebook.

Thankfully, Google appears to be working on a complete bypass on the need for the developer to supply the icon, which makes me so happy and also makes so much sense. Discovered in Android 13 QPR2 Beta 2’s code (say that 5x fast), and disabled by default and hidden from those who aren’t familiar with forcing flags on Android, the feature can automatically generate themed icons for apps that don’t supply their own. Why this isn’t how things operated from the beginning is beyond me, because Google had to have known that not all developers would be able to supply an icon for their app.

So now that we know this feature is baked into Android 13, it’s simply not enabled and isn’t easily turned on by the end user, the question becomes when will Google enable it? It must be soon, at least that’s my guess. Google still does Pixel Feature drops every so often and this feature would fit into one of those quite well. We also have Google I/O coming up and this could also be something to show off. Regardless, my hunch is that it’s coming soon, hopefully.