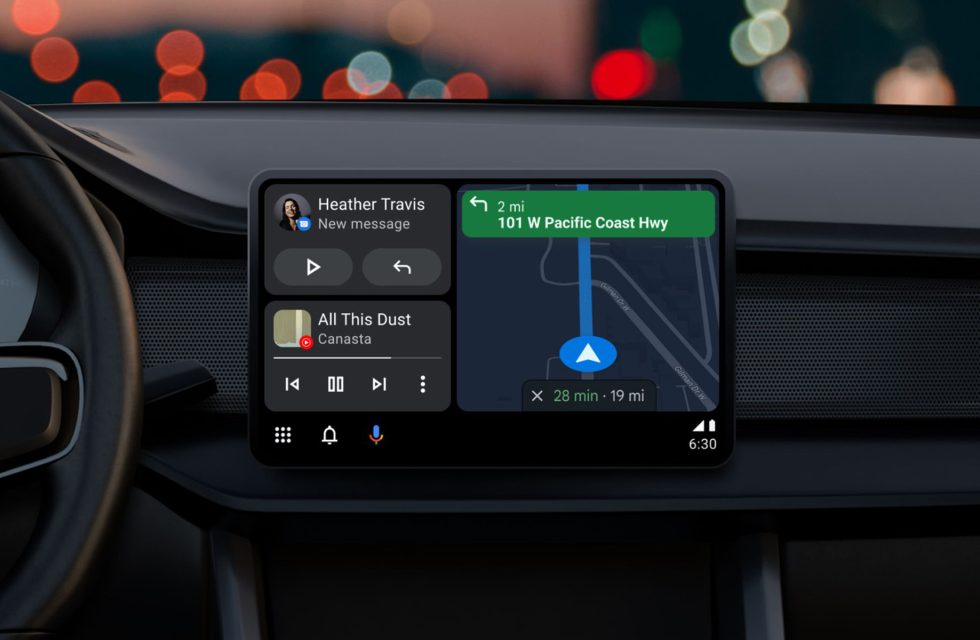 The big Android Auto refresh that Google first showed off at last year’s Google I/O is starting to rollout! I know, I know, they told us to expect it last summer, but it apparently needed a bit more time.

The new Android Auto UI arrives with a scalable experience to fit all sorts of screen sizes. It can feature a split screen mode that allows for more activities to display on the screen, plus Google Assistant is more available than ever, with contextual suggestions, alerts, easy sharing of things like arrival times, and single-tap suggestions when replying to a message.

The UI is kind of the star, though. The Google Maps panel should move closer to the driver, there’s Material You theming in album art, and a quick launcher lets you access recently used apps. If anything, it just looks slick.

In addition to the refreshed UI, WhatsApp calling is coming to Android Auto for those with Pixel and Samsung phones, plus Samsung and Xiaomi phones will soon get digital car key sharing (like Pixel phones got recently).

There are a lot of “soon” mentions there, and I wish I had more specifics for you. If anything, know that the new Android Auto is indeed rolling out, but some of those other features may not be here for a bit.