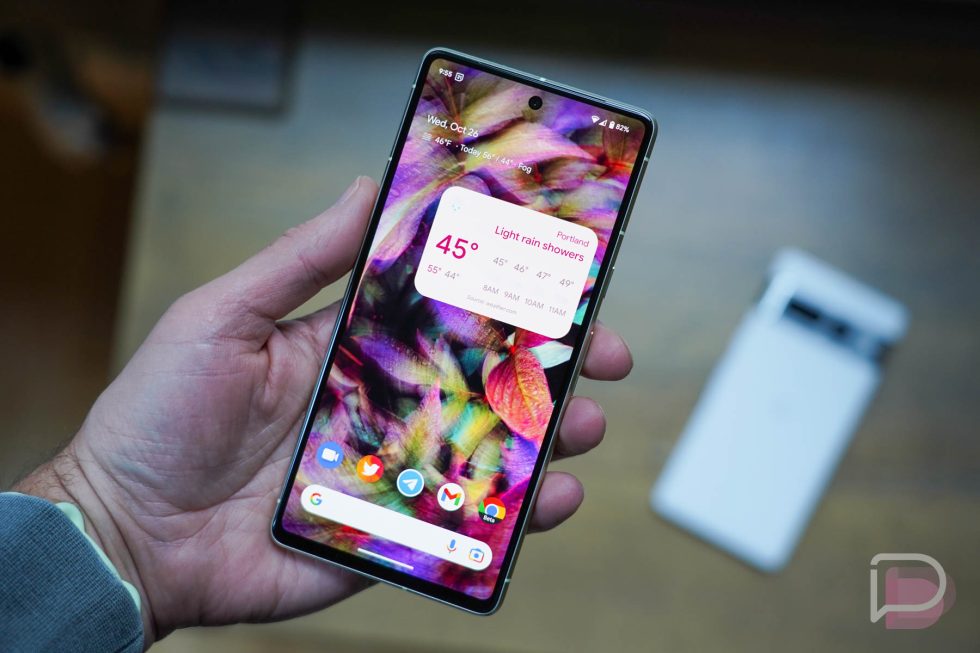 Potential details for the upcoming Pixel 7a are getting reported thanks to various tidbits of info being made available from multiple sources. From what’s being described, the next budget-friendly Pixel device from Google sounds like a serious contender to be your next smartphone.

Gathered together and made easily digestible by our friends over at 9to5Google, the Pixel 7a is reported to feature wireless charging, a first for the series. While that’s already pretty sweet, it’s also been reported that the device may feature a ceramic body, which is a major upgrade over the plastic we’ve grown accustomed to from Google’s mid-range line. When you think less expensive devices, ceramic is not what comes to mind, so if Google is serious in bringing that material to its A series, we welcome it.

Possibly the biggest development concerns the camera(s). While Pixel A phones have decent cameras, they don’t quite match that of the main flagships. Apparently that can change with the Pixel 7a. According to what’s being reported, the Pixel 7a will feature the well known Samsung-made GN1 (50-megapixel) shooter that came with the Pixel 6 lineup. Again, that’s already awesome, but it’s being said that Google will also bring in a Sony-made IMX787 for telephoto duties and a IMX712 for ultra-wide shots. That’s a total of three cameras for the rear end of this device, with an IMX712 also being used on the front for selfies.

One thing to note is availability for this device. The Pixel 6a was released only this past July, so it could be some time before we see this magical Pixel 7a hit the streets. We’ll certainly keep you informed should we learn more, but in the meantime, what’s your take on Google potentially beefing up the Pixel A line? Obviously, the hope is that Google can manage to keep it very affordable for anyone who wants it, so it might interesting to see what Google trims or cuts in order to meet a determined price point. Is it too much to ask for a 90Hz refresh rate, too?