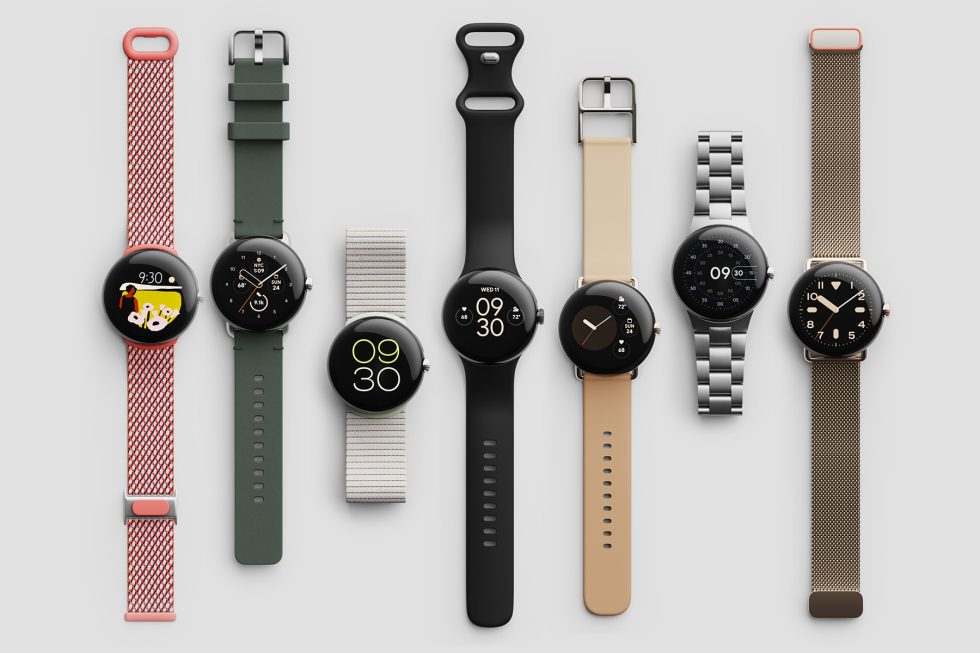 To kick off the launch of the Pixel Watch, Google has made 5 different watch bands available in a number of colors. These are first party watch bands that certainly aren’t cheap, but should at least arrive with decent quality. In fact, in an early hands-on we confirmed prior to the Pixel Watch’s arrival that the Active Band was quite nice.

If you are buying a Pixel Watch, you’ll get an Active Band in the box. However, if you want other bands or need a different color of the Active Band, you’ll pay anywhere from $49.99 up to $79.99.

The Active Band runs $49.99 and is the cheapest. It’s a rubber material meant for daily wear and being, well, active. It should withstand sweat and all that you can throw at it. The Stretch Band, which is a single looped fabric band without a clasp (made of recycled polyester and spandex), is meant to be super comfortable and sweat resistant at $59.99. The Woven Band will run you $59.99 as well, and it’s made of recycled yarn.

For those looking for something a little classier, there are two leather bands at $79.99.

There are two more official watch bands coming to the Pixel Watch outside of the 5 you can choose from at launch. Those are the Metal Link (link) and Metal Mesh Bands (link), which should arrive in the spring, according to Google Store listings for each. They are pictured above on the right side.

At $199 and $119, respectively, these bands are the most expensive of the bunch. If made well, they could be worth the price, although I’ve already seen some online chatter suggesting they are overpriced. That’s really a personal take, as a premium metal watch band can certainly ask for much more than $200. Apple’s metal link bracelet is $349, for comparison. Their Milanese loop bracelet is $99. Samsung’s metal link bracelet for the Galaxy Watch 5 is $300. 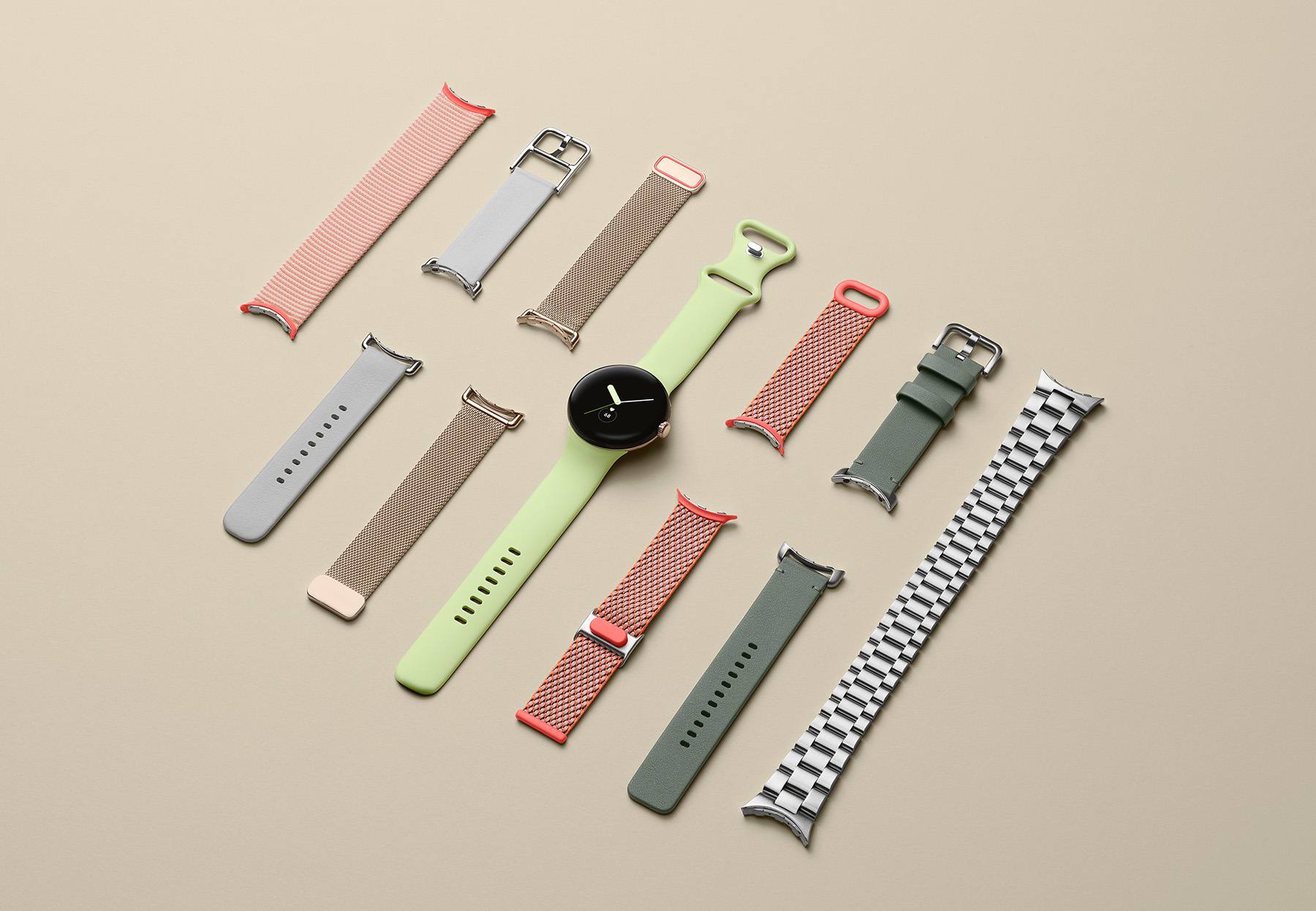 If there’s one takeaway from all of these official Pixel Watch accessories, it’s that first party accessories are almost never as cheap as the third party stuff you’ll find on Amazon. I know that’s an obvious observation, but if you are whining about a $200 metal band from Google, give the cheap third party some time and they’ll have what you need.