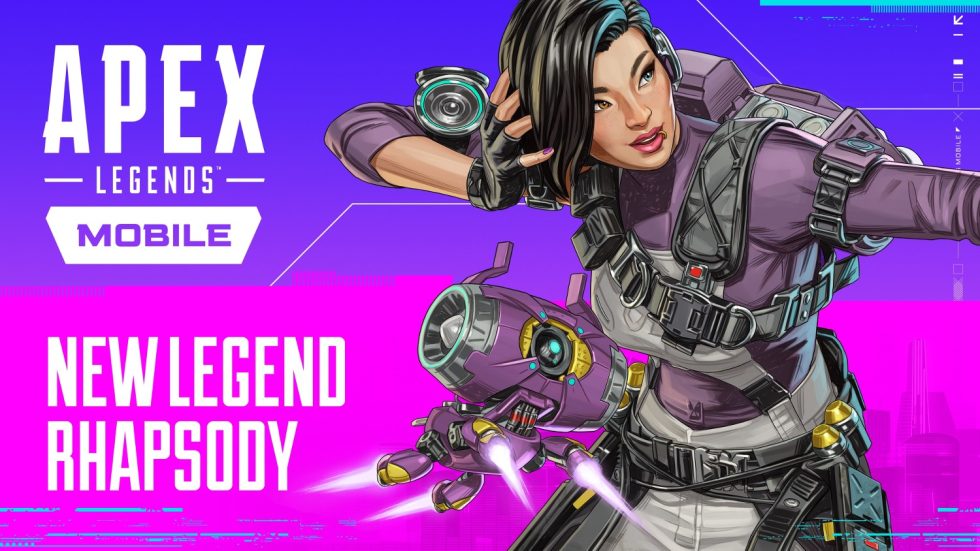 EA announced this week that Apex Legends Mobile is getting a mobile-first legend character on July 12. Her name is Rhapsody and she’s a music loving DJ from Kómma. She has a cute robot sidekick named Rowdy, and from what we see in the trailer, Rowdy and Rhapsody should make for a solid duo on the battlefield.

If you’re into legend backstories, you’ll enjoy this.

Originally from Kómma, where the tech giant Pythas Inc. controls all, Rhapsody has used her love of music to rise out of poverty in the dangerous nightlife district of Neon Dunes and become one of the hottest Legends on the Apex scene. Her mother, a brilliant AI engineer who created Rhapsody’s companion bot Rowdy, was fired from Pythas Inc. for discovering company secrets and now Rhapsody must compete in the Apex Games under their banner to help free her family from debt.

This is just a taste of what Season 2 will offer, according to EA. Players can expect, “a host of new content, improvements, updates and re-balances to weapons, game modes, the ranking system and more.”