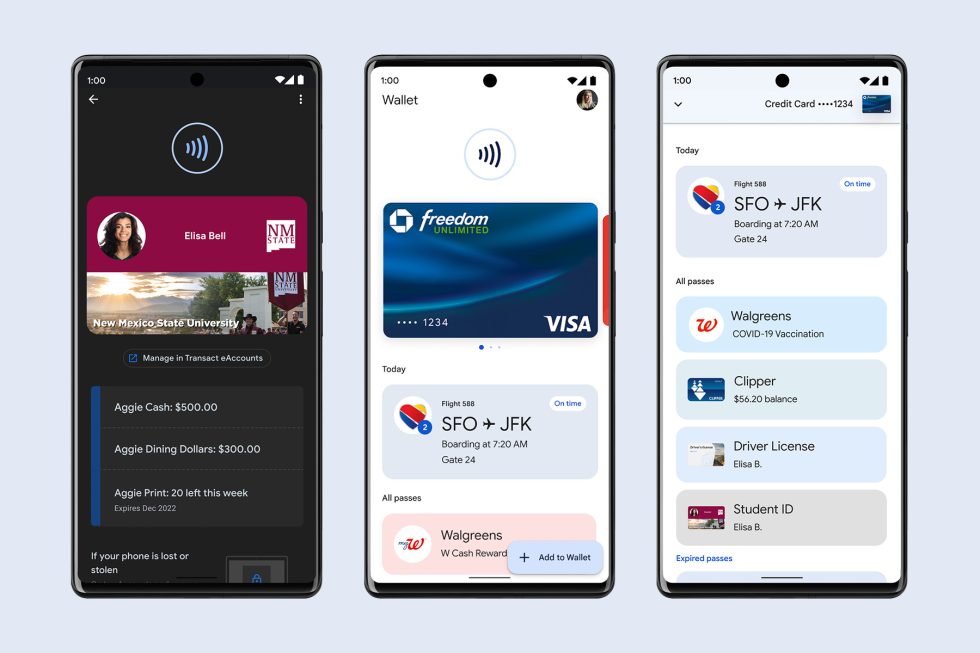 A new Google Wallet was announced this week. Yes, we have another Google Wallet app. It looks like it’s just a rebranding of the “Google Pay” (not GPay) app you currently have, but with a throwback name to get re-familiar with. Or maybe it’s new. Whatever the case, it’s the return of Google Wallet, at least in name.

The big idea here is that this is a digital wallet that won’t just store your cards and transit passes and tickets. It will also store your digital ID or driver’s license, so that you can leave your entire physical wallet at home. It’ll also store things like a COVID vaccine card, you know, since we’re going to need those forever. Oh, if you own a fancy car that doesn’t need a physical key, you could put your digital car key in this new Google Wallet too.

Eventually, Google hopes to partner with everyone that might want to add a card or pass or service to Google Wallet, so that you can see transit balances, add to them, etc. They are also already collaborating with states and international partners to bring digital driver’s license to reality. Who knows how long it’ll take before you can actually leave your wallet at home, but hey, we like the idea of this future.

The new Google Wallet is only listed as “coming soon” to over 40 countries. We’ll let you know when it launches.