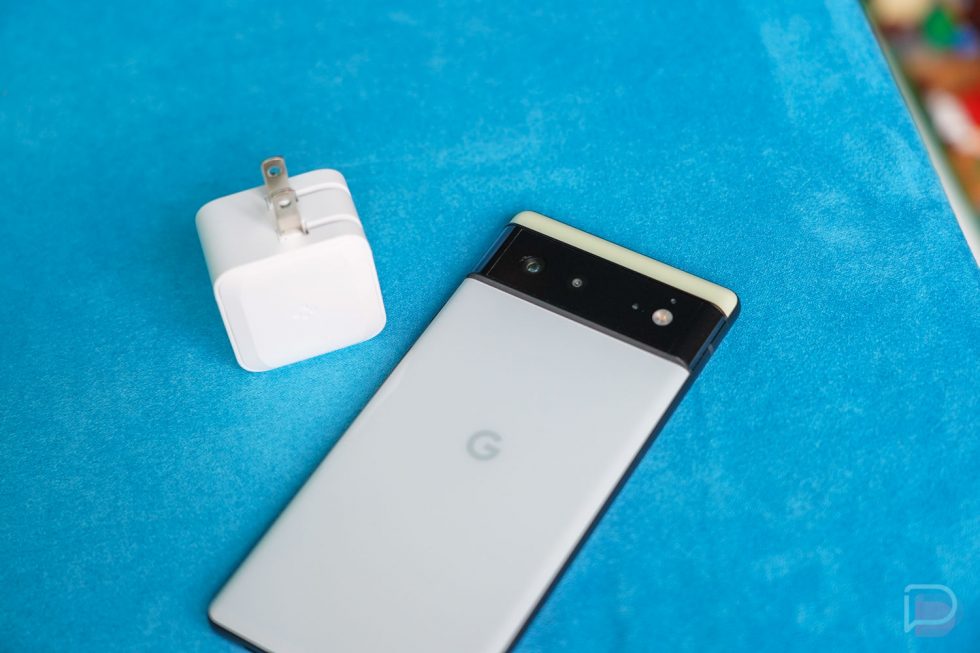 Google is taking the time this week to explain how charging works. Why is this necessary? Because many people, including us, were lead to believe that the latest Pixel 6 devices supported 30W wired charging. As we’re now discovering thanks to testing, that is not the case and these phones are not capable of charging speeds over 23W. But it’s fine, Google, go ahead and keep marketing your 30W wall charger right alongside the Pixel 6 lineup to confuse everybody.

It seems a few people took this issue rather seriously, so to help clear the air, Google has literally posted an article on how charging works for the Pixel 6 and Pixel 6 Pro. Because nothing changes at the end of the day and these phones will still charge at only 23W, I’ll spare you a lot of the details. You can always read Google’s full post, but below I’ll provide the important stuff.

With regard to available power coming in from a wall charger, Google notes that it will not make a difference on the Pixel 6 and Pixel 6 Pro.

Regardless of available power coming from the wall plug, the actual power delivered through a full charge cycle varies over the course of a single charge. The charge rate at any moment is based on factors such as battery cell and system design, temperature, system usage, and state of charge.

Google also details why these phones feel like they can sometimes take forever to charge, especially for those who utilize Adaptive Charging. It’s all in the name of “battery longevity.”

We’ve optimized Pixel’s lithium-ion battery for high charge rates when the battery level is low. Pixel 6 can get up to 50% in around 30 minutes (with Google’s 30W USB-C Power Charger), and quickly reaches up to 80% in about an hour, depending on device usage and temperature. The peak power that Pixel 6 and Pixel 6 Pro draw from the wired charger is 21W and 23W, respectively. As the battery gets closer to full, charging power is gradually reduced in order to improve battery longevity.

Pixel may also pause charging above 80% under certain conditions, and if you enable Adaptive Charging, Pixel can optimize charge rates for gradual overnight charging.

While the Pixel 6 lineup can charge wirelessly at 23W (that’s what Google claims), Google makes it sound as if it’s pointless to do so. Well, maybe not pointless, but certainly less efficient which has already been known about wireless chargers in general. In the following, Google continues to push its own 30W charger, which supports the new PD 3.0 PPS charging standard.

The Pixel 6/Pro is designed to work with existing USB PD and BC1.2 wall chargers. However, it can charge more efficiently with chargers like our 30W USB-C Power Adapter which supports the new USB PD 3.0 PPS standard.

Wireless charging is typically less efficient, and is therefore slower, than wired charging. The new Pixel Stand was designed along with the 30W USB-C charger to enable fast, convenient wireless charging, with an active cooling fan to dissipate heat. Together, the new Pixel Stand and Google’s 30W USB-C Power Adapter can deliver the maximum power needed to charge the Pixel 6 and Pixel 6 Pro rapidly.

I would be totally fine with everything if Google was transparent from the beginning and disclosed the max supported charging speed of the devices. Instead, we as consumers had to assume the phones supported 30W charging, as that’s what Google pointed to with its new charger on the product pages. The specs never specifically stated 30W, but they didn’t say say “21W and 23W” either. It’s our bad for assuming, but it’s Google’s bad for what could be considered misleading.

Chalk it up as another lesson learned the hard way.