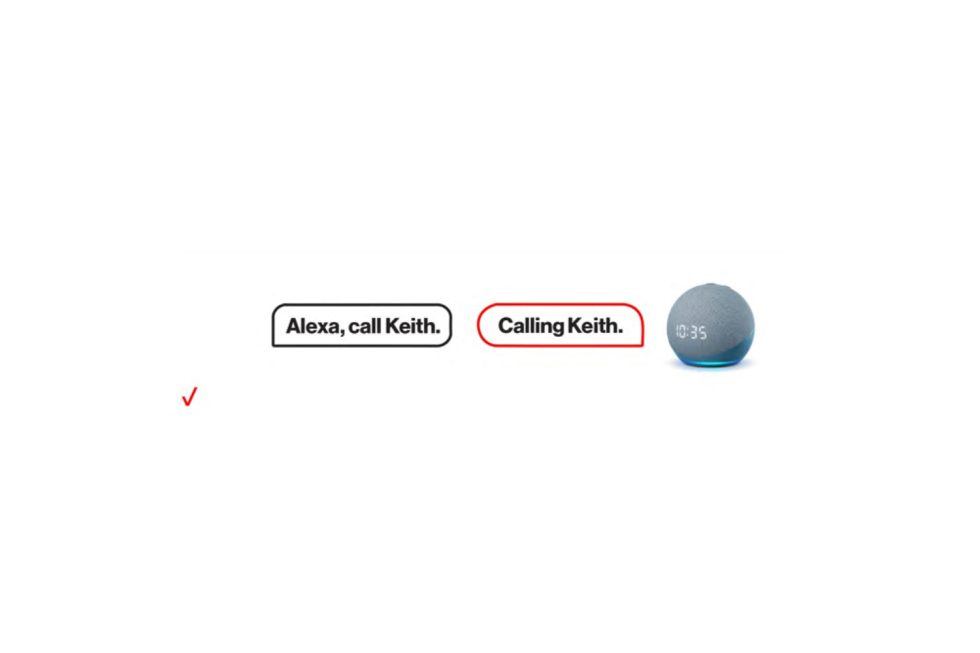 Have you always dreamed of being able to use Amazon’s Alexa to make calls for you, calls that would show up on the other end as coming from your Verizon number? Or maybe another dream included receiving calls to your personal Verizon number through an Echo device in your kitchen? Your dreams are now reality.

Verizon announced today that its Number Share feature can be paired with Amazon Alexa and your Alexa-equipped home devices to call people and/or receive calls. The feature is officially called “Number Share – Home” and it’s free for up to 3 months (if you buy an Alexa device from Verizon) if you want to give it a shot.

As you probably guessed, pairing your Verizon number with Alexa means you can say “Alexa, call Kellen” or “Alexa, dial 503-555-1234” and it’ll do that as if you were calling from your phone. If someone calls your Verizon number, Alexa will announce who is calling, to which you can reply, “Alexa, answer.”

Don’t want calls to route through Alexa all of the time? You can setup routines to deal with that, possibly around a work schedule or when you are typically home. You can also move live calls from Alexa devices to your phone if on Android.

You probably noticed I said earlier that this is free for up to 3 months if you sign-up today. Yeah, that’s because Verizon wants you to pay $5/mo per line after that. Think of it as a new type of home phone, assuming that’s something you want.