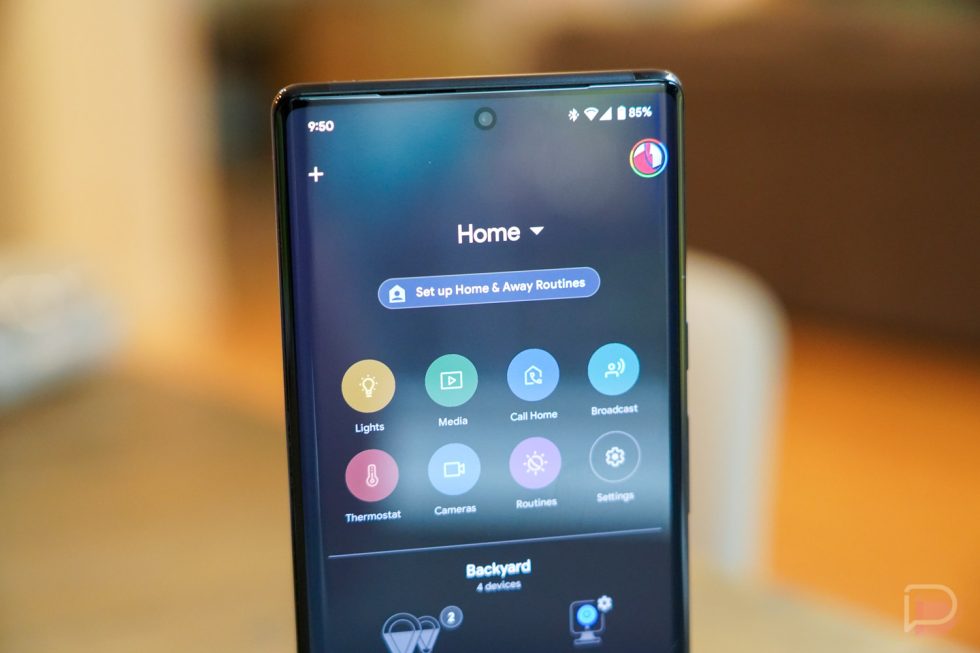 The Google Smart Home Developer Summit kicks off today and Google is wasting no time with the announcements. The biggest bit of news is that they now have a real name for their smart home platform, but there’s also news that relates back to Android and how your smart home gadgets will soon communicate better with your phone.

Since this news is coming out of a developer summit, and we’re not developers, I’ll let the developers in the building head over to Google’s blog post with all of the details to go in-depth. For the rest of us, here’s what you need to know.

Google Home is the platform name.

I know this might shock you, but apparently Google didn’t already call its smart home platform “Google Home.” It is called that now with a re-introduction of sorts. This is the name for the platform that runs on smart speakers and displays, Nest devices, and all that. It’s also pulling in the tools that developers will use to develop for Google Home. So yeah, Google Home is here…which is cool.

The other thing I think everyone should know today is that Google is building Matter into Android to make device setup flows seamless on devices like your phone.

What the hell is Matter? It’s the smart home protocol that Google “and other leading, innovative companies” came together to develop to make it super “easy to build, buy, and setup smart home devices.” Read about Matter here.

As for why this Android integration is important, it’ll really just make setting up smart home devices easier than ever through your phone. Developers can build in imagery of the products, similar to Fast Pair, let you attach devices to apps in a couple of taps, that sort of thing. It’s all about ease of setup and then use, because setting things up from your smartphone should be easy, not frustrating to do.

New stuff in the Google Home app too.

The Google Home app, which is kind of a mess, yet a necessary evil if you own a smart home, is also going to get more in the near future. Google wants developers to use the Google Home app to do things like suggest routines you can use with their products and hint at features or capabilities someone might not be using.

To get a clearer understanding of what’s about to happen, here is Google’s bulleted list: