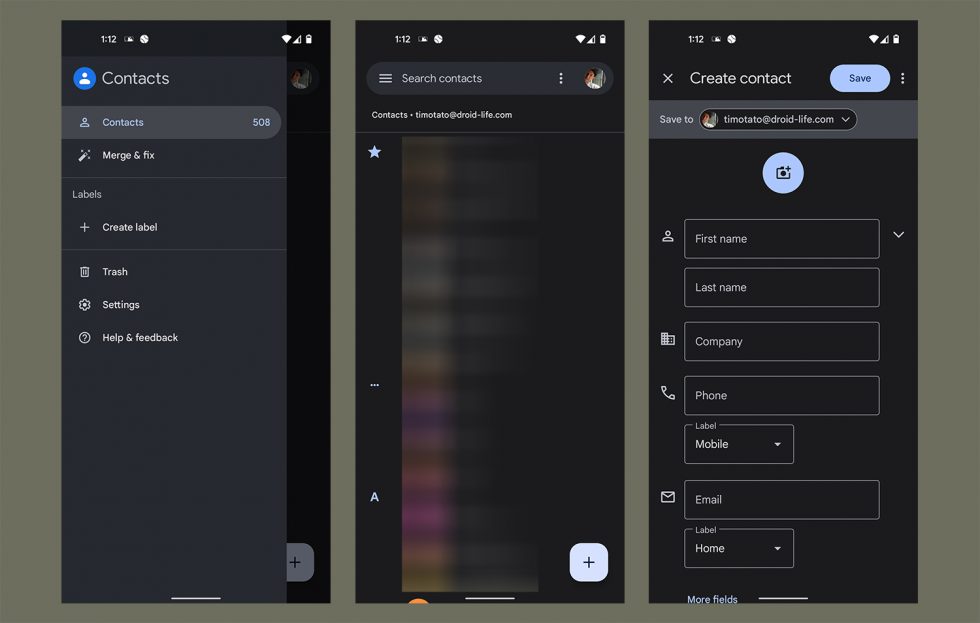 Google said it was happening and they weren’t lying. As a heads up to Android 12 users, the Contacts app is getting its Material You update, though, don’t go expecting anything too crazy.

From what we can tell, all that’s really changed is the app’s ability to pull in the device theme color, which is a big part of what Material You is all about. Pretty colors. Other than that, it’s the basic Contacts app that I can’t say I’ve actually ever opened.

Update: As a few people on Twitter have pointed out, maybe I was late to the party? Regardless, it’s there and that’s cool. Have a good weekend, folks!