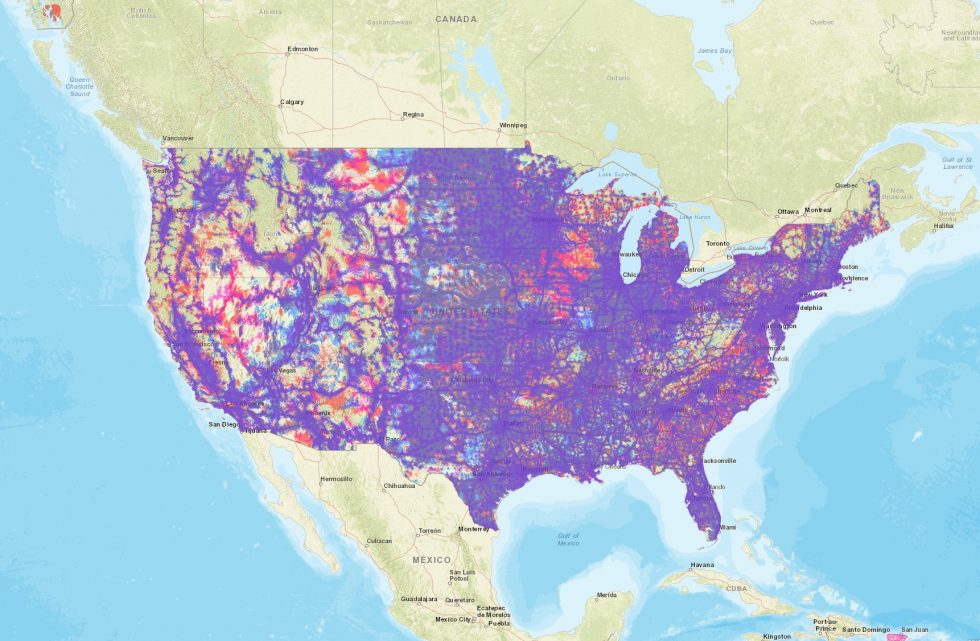 For the first time ever, the FCC today released a mobile 4G LTE coverage map for all the major carriers, including Verizon, T-Mobile, AT&T, and US Cellular. The map is super handy if you need to compare the coverage you might see from a particular carrier at your house, work, or if you are planning a trip.

FCC Chairwoman Jessica Rosenworcel announced the map today, saying this is a “first-of-its-kind wireless coverage map” and that her agency released it because for too long, we have not had accurate broadband maps.

This first map shows 4G LTE data coverage across the US where you can receive a minimum user download speed of 5Mbps and an upload speed of 1Mbps. Rosenworcel said that the FCC is just getting started, so don’t be surprised if a 5G map or another broadband map is released soon enough.

To use the map, you hit this link and then toggle on overlays for AT&T, T-Mobile, US Cellular, and Verizon. You can choose options of LTE Voice or LTE Data for each, with each carrier’s color adding another layer. There may be a similar tool elsewhere that lets you easily put all of these carriers up against one other, but this is from the FCC and should be pretty trustworthy.

The FCC does say that the data was “submitted voluntarily by the four mobile carriers using certain standardized propagation model assumptions or parameters that were established by the FCC as part of the Broadband Data Collection.” The idea is to “create a more uniform and consistent comparison of coverage among service providers than has previously been available through the FCC’s Form 477 process.” So the data was given to the FCC by carriers, but it had to at least use the FCC’s parameters.