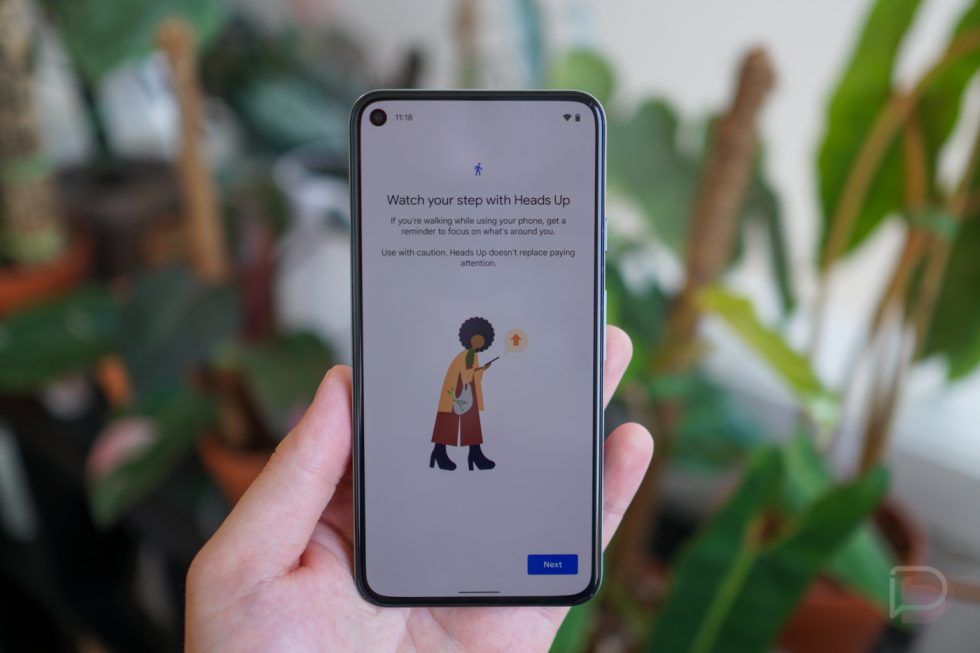 Heads Up, a part of Digital Wellbeing, is reported to be rolling out to more Android phones thanks to an app update. For Pixel folks, they have had this feature for a bit, but if you’re tired of nearly walking into something because your face is buried deep in your phone, maybe this feature is for you.

Using your phone’s data, Heads Up recognizes when you are walking. When it knows this and you’re using your phone, the phone will remind you that it might be a good idea to look up and check you surroundings from time to time. This could save you some day, but first, you’ll need to admit you have a problem. Don’t be in denial about it. We’ve all been there.

According XDA, they have seen the feature on a OnePlus and ASUS device, so it’s safe to assume additional folks will see it now, too. Check your own Digital Wellbeing app to see if it has arrived for you. You’ll find it under the Reduce Interruptions section in the app.

Be safe out there, people.