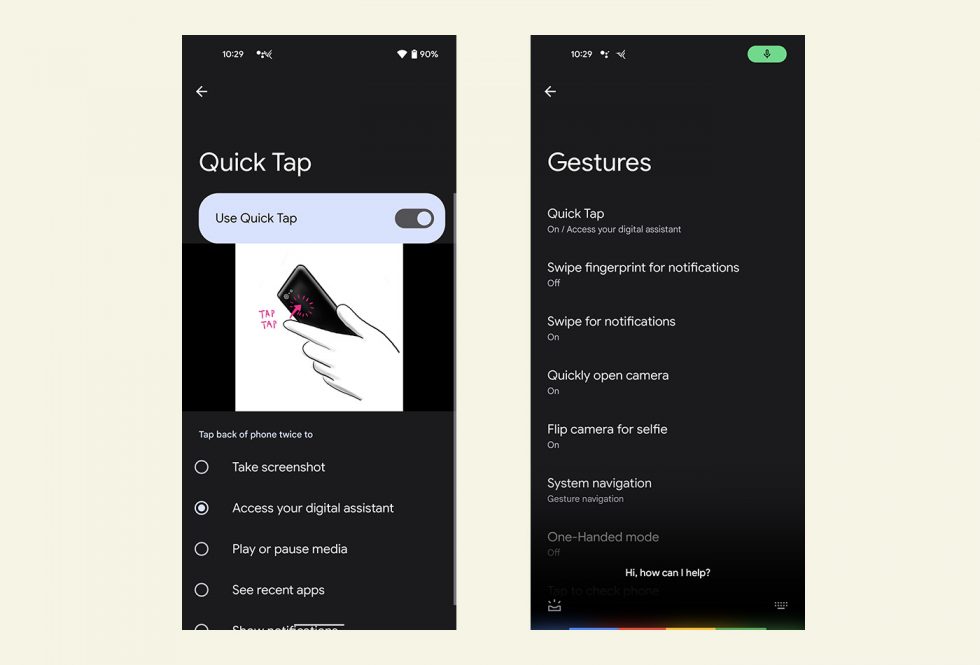 Google baked a new feature called Quick Tap into a previous build of Android 12, but sadly, it wasn’t working. Now in Beta 2 for Android 12, it’s definitely working and a great addition to Pixel devices — especially the Pixel 5 which lacks squeezy sides.

It’s a pretty straightforward feature. When enabled, you can double tap the rear of your phone to do things, such as access Google Assistant, take a screenshot, play or pause media, and also open apps. You can set any app you’d like to open via Quick Tap’s menu. Google also built in an option for stronger taps, just in case you’re continuously accidentally setting the feature off.

As far as we know, if your phone is eligible for the Android 12 beta, you’ll have access to this. To turn it on to experience on your own Pixel device, head into Settings>System>Gestures.