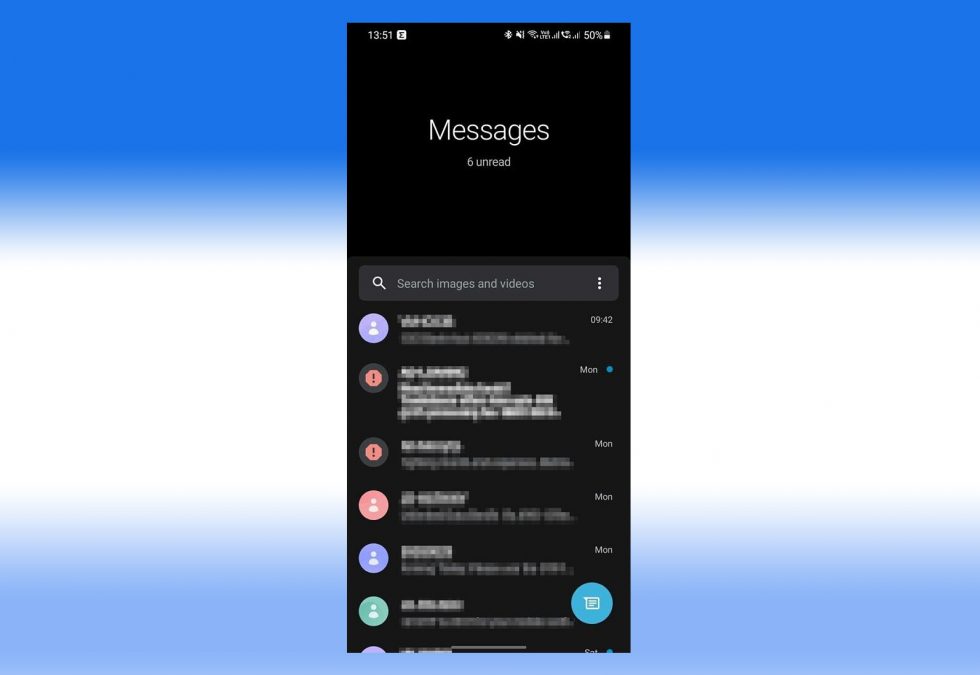 As noted by users on reddit and a writer of XDA, Samsung is rolling out a specialized version of the Google Messages app via a server side change, one with a One UI inspired makeover.

In the updated UI, there’s the big waste of space portion at the top of the display, which is merely a way to help those using the device with one hand. Other than that, it’s the Messages app we all know and appreciate. We already knew that outside of the US, Samsung and Google are besties in terms of messaging. Samsung made Messages the default messenger app on Galaxy S21 devices outside of the US. This UI update only brings the two closer together, which is a good thing.

It’s unclear if this same UI update will head to other Samsung devices. It seems possible, but Samsung hasn’t mentioned it.

Anyone seeing this on their Galaxy S21?