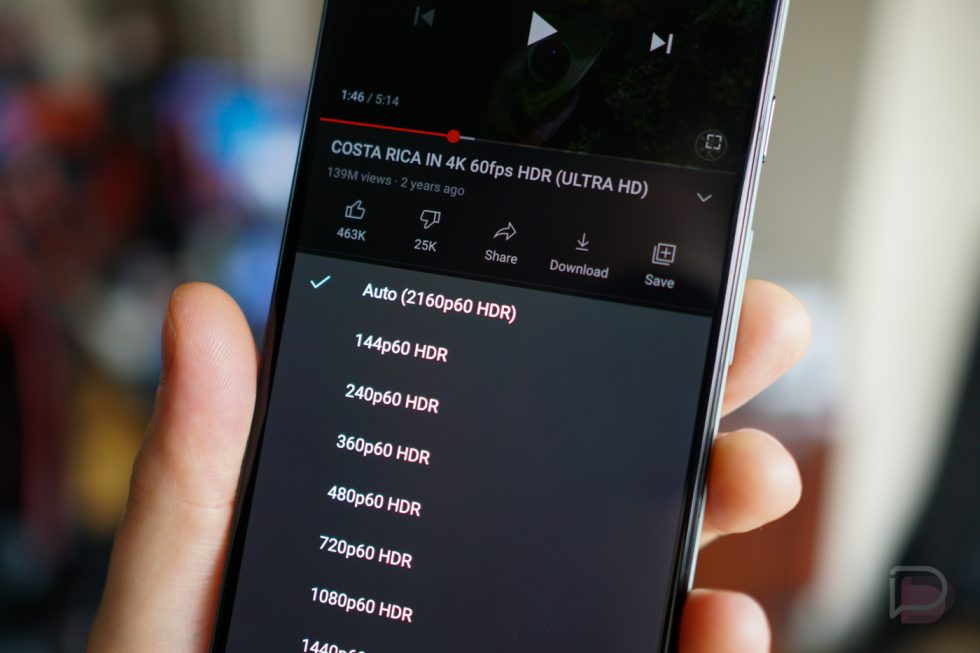 Spotted by the good people at Android Police, the YouTube for Android application now supports playback at a whopping resolution of 2160p at 60fps (4K @ 60), complete with HDR (high dynamic resolution). This would be really exciting news, if only there were more smartphones capable of taking advantage of videos that crispy. Alas, there’s only a handful.

If you happen to own a Sony device with their 4K HDR displays, this is a big day for you. As an example, the Xperia 1 II has a display that can utilize this. I believe Sony has a few others, too.

I’ve tested playback on my Pixel 5, obviously pointless since my resolution tops at 1080p, but I can confirm the option is live. You will just need to find a video originally uploaded in 4K with HDR. As you’d expect, those options are also somewhat limited, but the number is definitely growing as 4K adoption becomes more the norm.