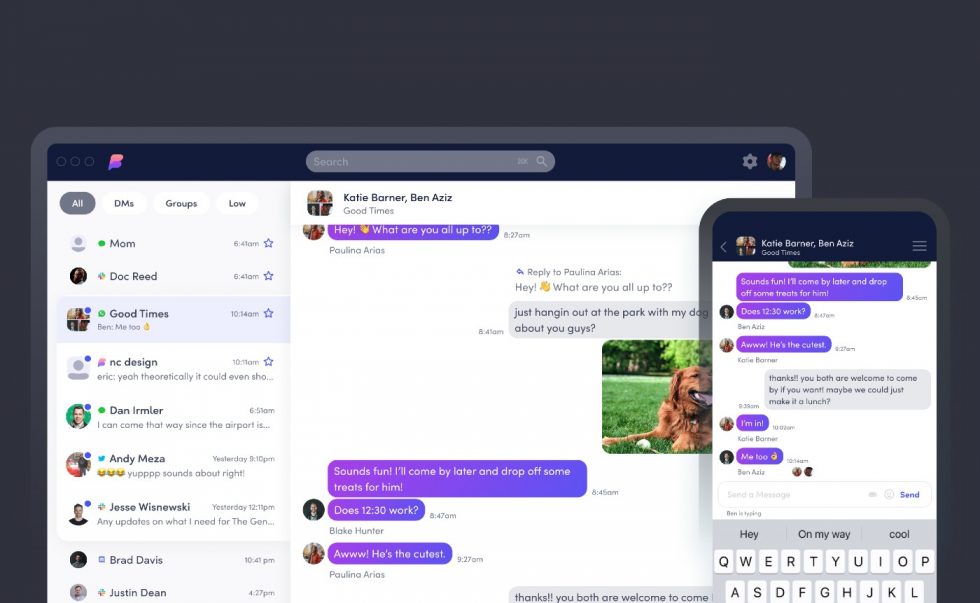 There’s a new app on the block, one that has everyone talking. It’s called Beeper and to explain what it is, the app takes 15 of the most popular messaging platforms and crams them into a single interface, making your life much easier. And yes, iMessage is supported using some “trickery,” which for Android folk, sounds pretty sweet.

The people behind the app (previously known as Nova Chat) are well known in the tech space, and chances are, you know the past work of their head honcho Eric Migicovsky. He only created Pebble, the smartwatch that kickstarted an entire segment in the industry. So now you know there’s some good money and brains behind the project. Let’s go over how it works.

To put it real simply, for $10 a month, Beeper combines the inboxes from services like Twitter, Instagram, Hangouts, iMessage, and WhatsApp. Once services are logged into, users can search through all of those services via Beeper, experience a single interface for all of them (which does look rather good), and access other features that come standard with Beeper.

As you may already know, people have been trying to make iMessage work on Android phones via separate services for some time, and while Beeper says their implementation works, we do have to say it’s one of the jankiest set-ups we’ve ever read. I’ll allow them to explain it.

Beeper has two ways of enabling Android, Windows and Linux users to use iMessage: we send each user a Jailbroken iPhone with the Beeper app installed which bridges to iMessage, or if they have a Mac that is always connected to the internet, they can install the Beeper Mac app which acts as a bridge. This is not a joke, it really works!

Okaaaaaay, so we get a free iPhone with Beeper? Yes, you do. Beeper is up-cycling old jailbroken iPhones — iPhone 4s to be exact. Honestly, it’s so crazy and insane that it might just work.

Right now, Beeper isn’t an app you can freely download and start using. The developers are onboarding one person at a time, so who knowns how long it’ll take to gain access and test it out. To get registered, follow the link below, tell them which services you use on a daily basis, and then prepare to wait.

This could be a really sweet app if it works the way it’s described, but the real question for me is, will I still show up as a green bubble on my friend’s iPhone?