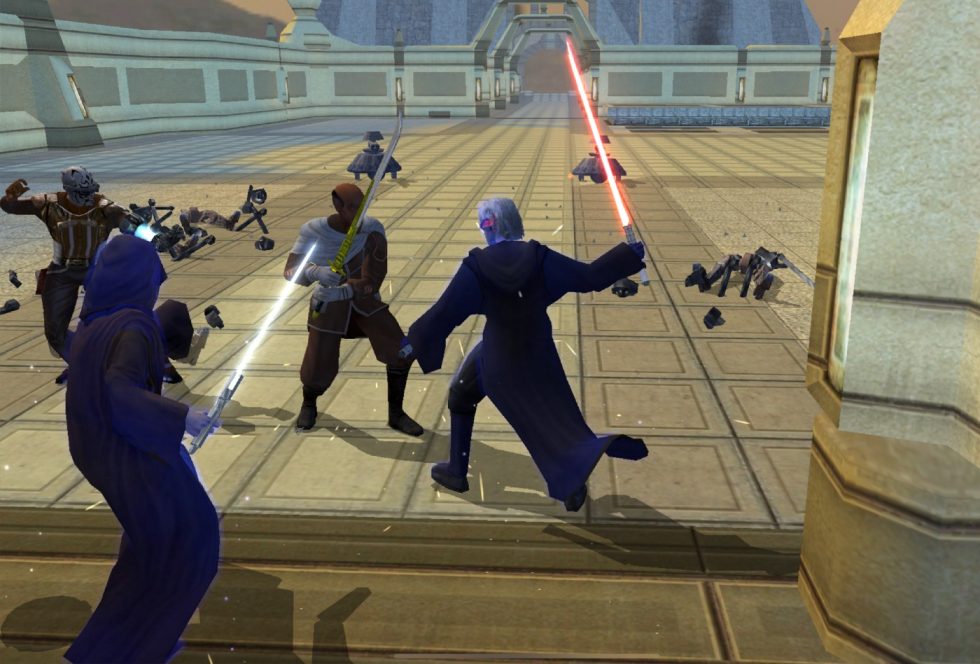 Live now on Google Play, you can snag the sequel to the original Knights of the Old Republic game, Star Wars: KOTOR II.

Priced at $15, this is the full game, redeveloped to play nicely on mobile devices with touch controls. If you aren’t familiar with the KOTOR titles, you’re in for a treat. The original and the sequel are two of the most beloved Star Wars games to have been developed, complete with captivating storylines.

Set five years after the events from the award-winning Star Wars Knights of the Old Republic, Sith Lords have hunted the Jedi to the edge of extinction and are on the verge of crushing the Old Republic. With the Jedi Order in ruin, the Republic’s only hope is a lone Jedi struggling to reconnect with the Force. As this Jedi, players will be faced with the galaxy’s most dire decision – follow the light side or succumb to the dark.