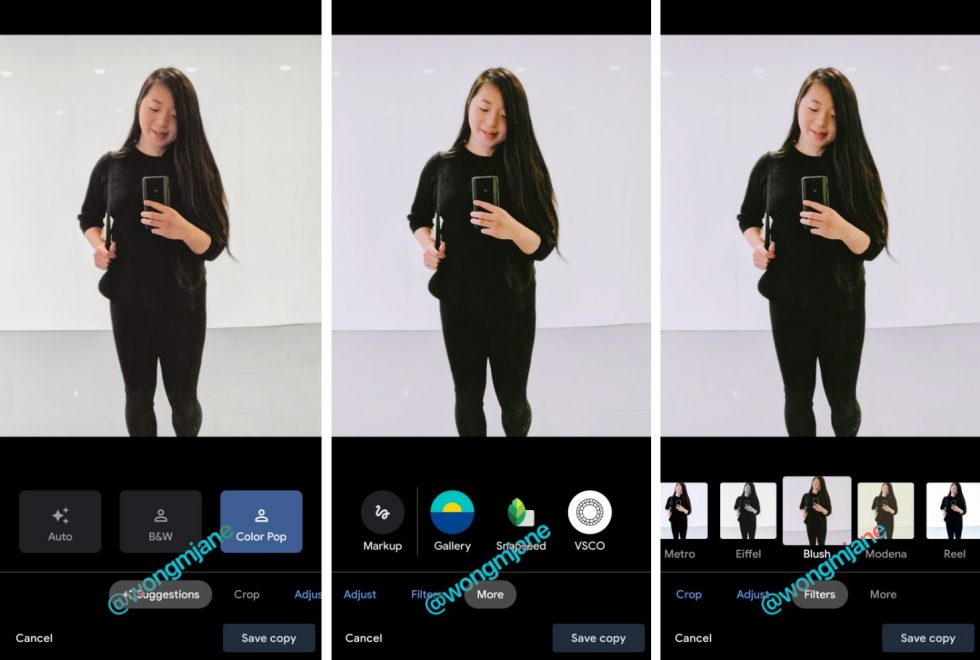 According to Jane Wong on Twitter, Google is working on a Photos editor redesign and we’re definitely here for this.

As spotted in screenshots shared of the updated UI, Google is revamping the whole look for the photo editor, as well as including shortcuts for editing photos in other apps. That means no more messing around with a sharing option for those who like editing their photos in VSCO and Snapseed.

Beyond that major change, just expect a refreshed UI — there appears to be a new look for buttons and quite a bit more color. Right now on Photos, the whole editor is black and grey, so a bit of color is a nice touch.

Be on the lookout for this in your Photos app!